A Muslim woman in Mewat working on Changeri art piece

The women of Muslim-majority Mewat in north India may lack formal education, but when it comes to their artistic skills, they have no match.

The rural women from the State of Haryana are masters of a craft called Changeri, an indigenous art of weaving wheat stalks into beautiful utility items. Some 26 years ago, a visiting UNICEF team had spotted their skills and praised them.

That was the last time someone showered praise on the women craftsperson; since then they are waiting for support from the government for artforms like Changeri, Beejna and Gudhdi.

At 5 per cent, Mewat’s women have one of the lowest literacy rates in the country. Locals prefer to send the girls to Madrasas than to government school. Most of the girls drop out after 5th standard. Though these stay home girls work as farm hands and do all household chores, they manage to find time to hone their skills and their art compensates for their lack of education. 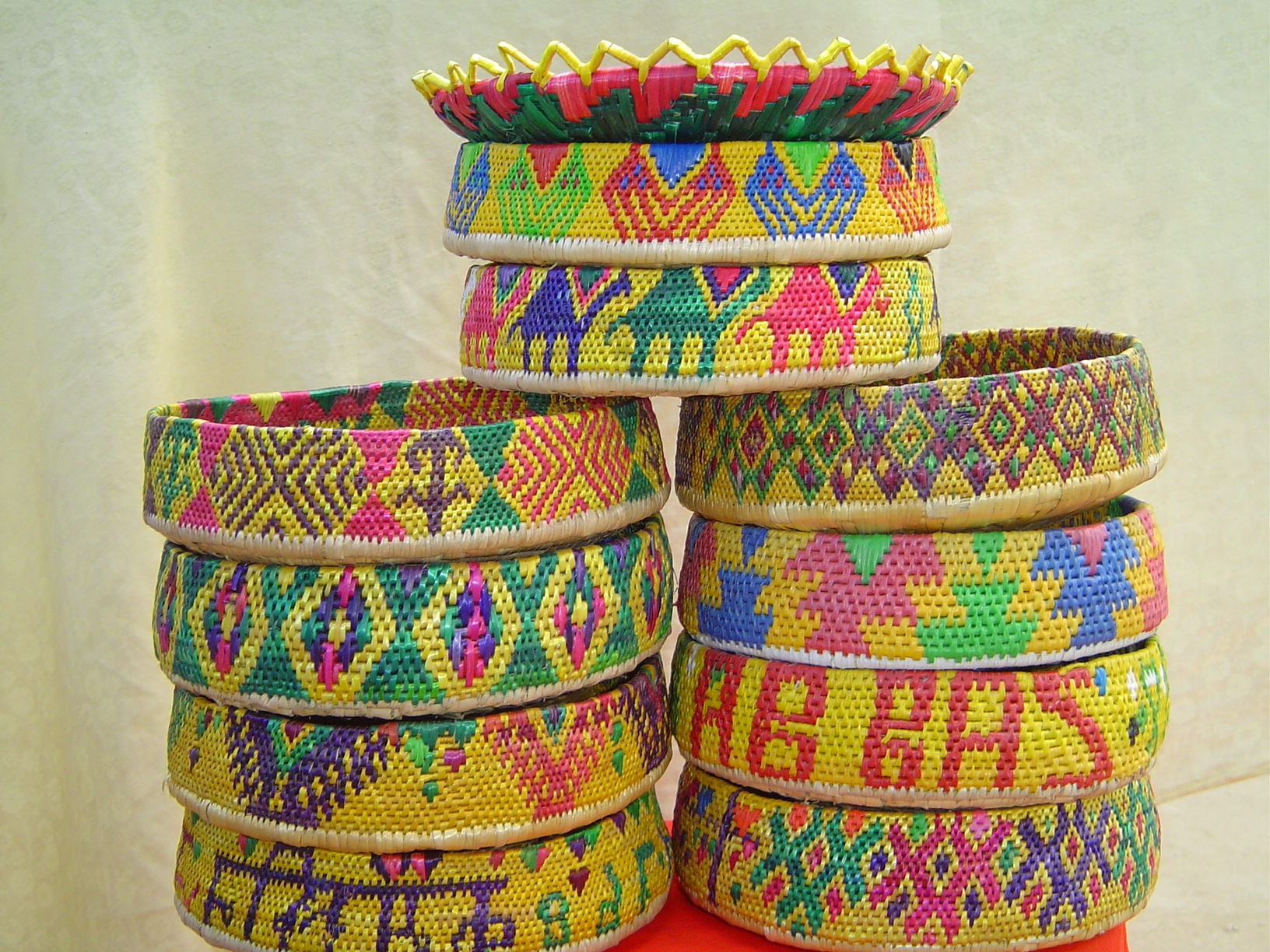 The women artisans make most of the waste after the harvest. They begin the process in June by removing long stalks of wheat earrings and dyeing then in different hues. In July, they do the weaving. There are two key factors behind the timing of their artistic endeavour. Women are mostly off their field responsibility post-harvest and later monsoons to dabble in the hobby; the moisture of monsoon seeps into the stalks turning them pliable for usage.

Jameela says she makes art pieces like casserole to keeprotis warm and a hand fan for use of her family members and sometimes for gifting it to relatives. “It generally takes 8-10 days to create one casserole as we do it along with performing other responsibilities at home,” says Rukhsana. However, the same could be made in a day on fulltime basis.

Bismillah says these days plastic spikes are available in the market as alternative to the real ones. “These can be used but that its not the same thing.”

Some 20 years ago, a UNICEF team visited Mewat to see Changeri art. The visitors appreciated the art and also bought stuff from women. A decade later, a delegation from the UK toured 25 villages of Mewat and promised the women artisans their works will be sold in London markets.

Promises are galore, the Mewat women are yet to get a real boost for their work from any side.