What picture comes to your mind when someone speaks about a Maulana? Is it of a man who can only recite Quran, lead Namaz, and teach in a Madrasa!

However, you may be in for a surprise after meeting Maulana Raji Ahmed. He surely can do all that one thought about a Maulana does. He can often be seen interpreting and explaining the ideals of Islam to people so that those following other faiths do not carry a negative or wrong image of Muslims.

This is possible due to Maulana Raji's educational qualifications that sets him apart from others.

Born in Bihar in 1983, Maulana Raji completed became a Hafiz (one who memorizes Quran) and Tajweed (Recitation of Quran) by 1996. Raji completed his Bachelor's degree in Islamic Studies from Darul Uloom Deoband, UP, in 2005.

However, Maulana Raji did not stop his academic journey: he enrolled himself at Jamia Millia Islamia University in New Delhi and graduated from there in 2009. He holds two master's degrees - one in Urdu and the other in English from Maulana Azad National Urdu University, Hyderabad. 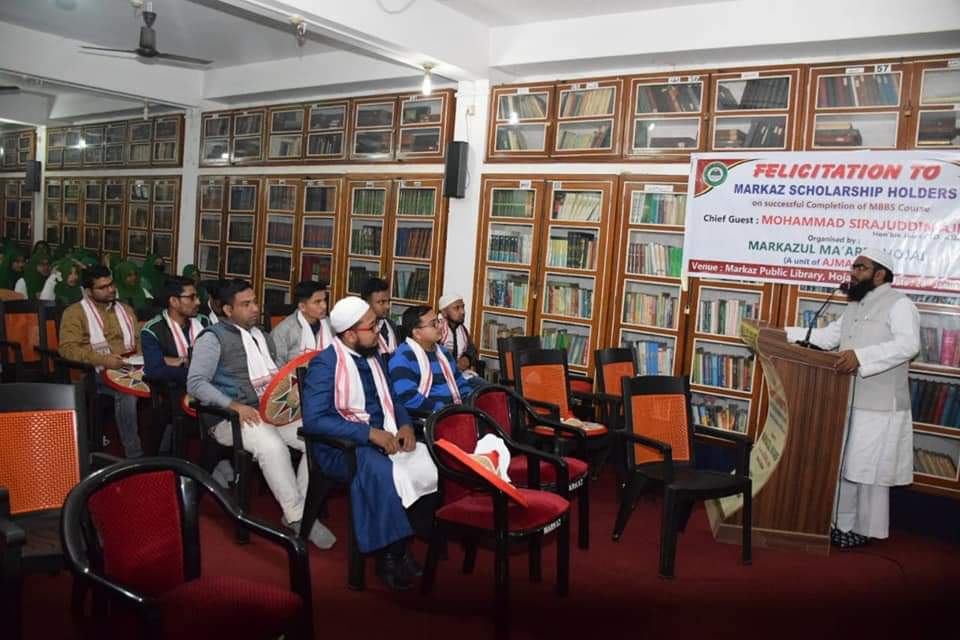 Maulana Raji's quest for knowledge continued. He joined Jawaharlal Nehru University (JNU) in Delhi and completed his M.Phil in "Urdu Journalism in the 19th century." From the same university, he received his Ph.D. in 2017 in "Colaniliism (colonialism), Resistance and the Urdu Journalism".

He is currently working at Markajul Ma'arif in central Assam's Hojai district of Assam.

Maulana Raji said he is the first graduate from his native village and even he in his childhood was unaware of higher education. His elder brother is educated in Madrasa and never went to any school. However, back then he was in touch with a diverse circle of his brother’s friends. They were lawyers, professors, and doctors.

Seeing Maulana Raji's passion for the education they guided him early in his life.

Maulana Raji says he is trying to follow Islam in its true spirit. The first revelation of the Holy Quran is Iqra, meaning 'reading'. According to him, learning and acquiring knowledge is a fundamental principle of Islam. Until one studies, he or she cannot understand Islam in its true sense. "If we do not understand Islam properly, we will not be able to explain our religion properly to others," he said.

Maulana Raji says that he has never faced any discrimination or disrespect for his dress or his appearance (with a beard0) be it at the university or workplace. Rather, he has befriended people of other religions through his behaviour.

"Dress is someone's very personal choice. One's dress never defines one's approach to human beings and life. The value of a person is determined by the knowledge he acquires," Maulana Raji said.

"Islam has been misinterpreted in various forums. Since the Holy Quran is written in Arabic, many people cannot understand the deeper meaning of Islam. We need to acquire higher education and knowledge to solve this problem. Muslims who are highly educated will have to spread the right message of Islam in the world. "