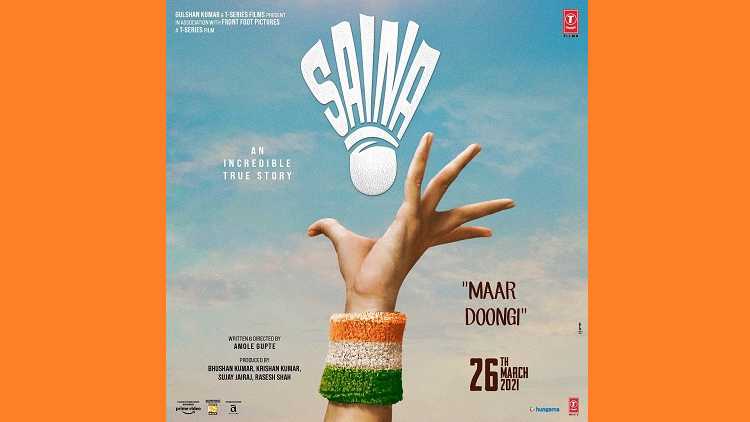 Poster of the film

Bollywood actor Parineeti Chopra on Tuesday revealed a teaser video of her upcoming sports biopic 'Saina', which is set to release later this month.

'Sainaa' is a biopic on India's star badminton player Saina Nehwal. The 'Hasee Toh Phasee' actor, who has trained extensively for her role in the film, took to her Instagram handle to share a teaser of the movie. She captioned the post as, "SAINA! 26th March in cinemas."

In the 30-second teaser, we witness the journey of the national sports icon from a young enthusiast to a professional. She says "I do not care who my opponent is, I will simply go for the kill". At the end of the teaser, a brief glimpse of Parineeti as Saina Nehwal can be seen.

Earlier, the 32-year-old actor had dropped the first look poster of the film, which also featured the release date of the biopic. It showcased a clear blue sky and a hand with a tricolor wrist band, that is open in the air to catch a shuttlecock.

Written and directed by Amol Gupte, 'Saina' is being produced by Bhushan Kumar, Krishan Kumar, Sujay Jayraj, and Rajesh Shah. It brings on the big screen the journey of one of India's greatest athletes, Saina Nehwal.

The movie will hit the theatres on March 26.