Dr Rafiuddin Ahmed
Saquib Salim
‘‘Education is the responsibility of the State; but if no one is willing to carry the cross, I will, for as long as I can.’’ This is the idea of Dr. Rafiuddin Ahmed who wore many hats yet his important introduction can be given as the Father of Indian Dentistry.

Dr. Rafiuddin Ahmed was born on December 24, 1890, in Bradhanpara (now in Bangladesh). A bright student from the beginning he passed Higher Secondary Examinations from Dhaka Madrasa in 1906 and was sent to Mohammedan Anglo Oriental (MAO) College (now Aligarh Muslim University) at Aligarh. After his graduation, Rafiuddin went to the United States of America in 1909 for higher studies. He earned his Doctor in Dental Surgery (DDS) from Iowa School of Dentistry in 1915 and worked in the USA till the end of the World War in 1919.

On return to his motherland, Dr. Rafiuddin realized that in a country that had a history of dental surgeries for centuries people were in dire need of dentists. It was shocking that such a large country had no modern college to teach dentistry. He took the initiative and in 1920, started teaching dentistry in Calcutta (now Kolkata) to 11 students to establish the first College of Dentistry in India. 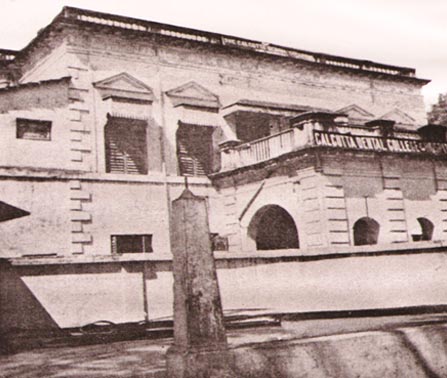 
The experiment of teaching students proved successful as these trained dentists started spreading out in the country and serving the Indians. Brigadier S.M.S Nicholson, Major S.K Gupta, Colonel J.F Patel, Brigadier J.M Rao, and Fatima Jinnah were few of the illustrious alumni of this college.

A true patriot, Rafiuddin donated the Calcutta Dental College established by him to the West Bengal Government in 1949, so a national government could use it for the welfare of Indians in a better fashion. He was also a patriot who served the Indian people as councilor of Calcutta Municipal Corporation from 1932 to 1944.

Also Read: Maulvi after whom Ayodhya mosque is named is hero of 1857 war

After India received freedom he rejected the idea of Pakistan, remained in India, and contributed as a Minister of Agriculture, Relief, and Rehabilitation in the West Bengal Government headed by another medical man Dr. B.C Roy. He remained a minister for 12 years from 1950. The Government of India recognized his contribution by awarding him with Padma Bhushan in 1964 and later on renaming the Calcutta Dental College after him. His birthday is celebrated as National Dentists Day in India.