Azad Muslim Conference led Muslims against the Partition of India The day of 23 March 1940 remains etched as a Black Day in public memory as well as historical narratives. On this day Mohammad Ali Jinnah-led Muslim League had passed a resolution demanding partition of India, which eventually led to the creation of Pakistan. Interestingly while our historians have condemned the Muslims who had rallied behind this resolution, they have buried the memories of those who vehemently opposed this divisive resolution.

Most of the Indian Muslims were alarmed by Jinnah’s declaration and they rallied against this divisive plan. On 27 April 1940, representatives of several Muslim organizations, political as well as social, met at Queen’s Garden, New Delhi, to discuss the ‘Pakistan plan’ of Jinnah. The three-day event was called Azad Muslim Conference where except Muslim League and Khaksars (Khaksars were also against the partition and even tried to assassinate Jinnah) all the Muslim organizations condemned the resolution. Allah Bux Somroo, Prime Minister of Sindh, presided over the conference attended by Muslim members of Congress, Ahrar Party, Momin Conference, Jamiat-e-Ulema, Shia Political Conference, Ittihad-e-Millat, Khudai Khidmatgar, etc.

On April 30, the conference adopted a resolution. It stated: “India, with its geographical and political boundaries, is an indivisible whole, and as such, it is the common homeland of all the citizens, irrespective of race or religion, who are joint owners of its resources.”

It further claimed: “From the national point of view every Muslim is an Indian. The common rights of all the inhabitants of the country and their responsibilities in every walk of life and in every sphere of activity are the same.”

W. C Smith later noted, “The delegates representing at that time probably still the majority of Indian Muslims, came to protest against the Pakistan idea.” 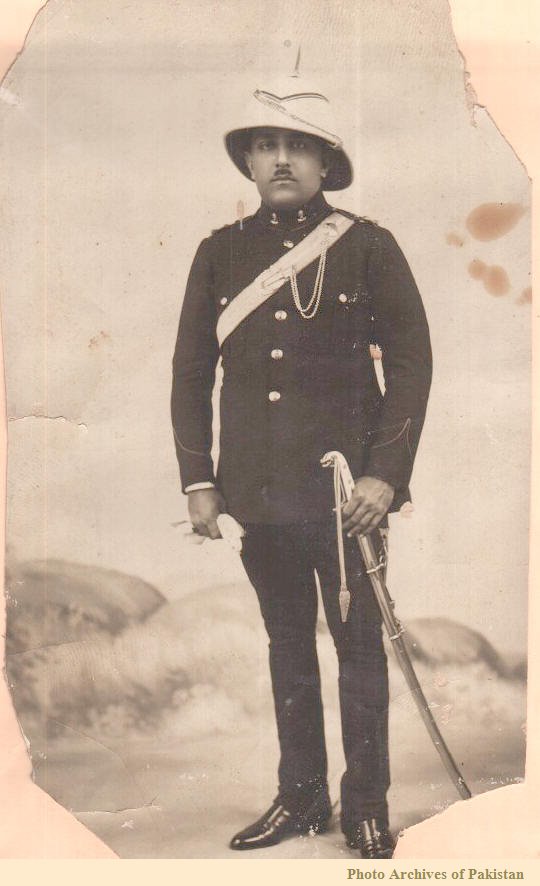 Khan Bahadur Shaikh Mohammed Jan, a Muslim League member, unequivocally blamed Jinnah for not responding to the Hindu community’s attempts of reconciliation. He said, “Had Mr. Jinnah responded to any of these eager gestures in the right spirit, Hindus and Mussalmans would be marching shoulder to shoulder to their goal of independence.”

The President of the Conference, Allah Bux Somroo, in his address demanded complete independence for India and condemned the Pakistan scheme of the Muslim League as ‘grotesque’. He warned his audience against the aggressive communalism being carried out by Muslim League. He said, “Whatever our faiths, we must live together in our country in an atmosphere of perfect amity and our relations should be the relations of several brothers of a joint family, the various members of which are free to profess the faith they like without any let or hindrance and all of whom enjoy equal benefits of their joint property.”


Somroo came down heavily upon the two-nation theory and the claim that Muslims are a different nation within India. He categorically told his audience that Indian Muslims were proud of being Indian and of the fact that they profess Islam. Muslims from India, he said, when they arrived for Haj was called ‘Hindu’ while Iranians and Iraqis called them Hindustani. In his view, nationality, culture, and religious faith were not the antithesis to each other.

Somroo said, “a majority of the 80 million Indian Muslims who are descendants of the earlier inhabitants of India are in no sense other than sons of the soil with the Dravidian and the Aryan and have as much right to be reckoned among the earliest settlers of this common land. The nationals of different countries cannot divest themselves of their nationality merely by embracing one or the other faith. In its universal sweep, Islam, the faith, can run in and out of as many nationalities and regional cultures as may be found in the world.”

The conference appointed a 28 member Azad Muslim Board to propagate the resolution passed, forming a public opinion against the partition and in support of a national Constituent Assembly based on Universal Adult Suffrage. The Board contacted Muslims across the country to propagate that Hindus and Muslims have lived in India for 1000 years. The proposed constitution guaranteed right to profess religion, free education, no discrimination based on caste, sex, and creed, right to employment, Universal Suffrage, and many progressive rights. The Board touched the hitherto talked about the issue of castes among Muslims and asked people about the different sections within the Muslims who had remained backward. It further asked for suggestions to uplift these backward Muslims.

In March 1942, an even grander Azad Muslim Conference with Somroo as its president was convened in Delhi. The resolution demanded immediate complete independence for India and rejected the British propaganda that the Muslim League was the sole representative of the Indian Muslims. On 12 March 1942, Somroo urged, “I exhort leaders of Political and Communal organizations to subordinate sectional differences in the larger interest of the Motherland”. Even though the Conference represented the majority of Muslims and was headed by the PM of Sindh, the British never accepted the Conference of its leaders as the representatives of Indian Muslims.


Khadim Husain Somroo noted, “Winston Churchill asked him (G. M Sayed) to convey his message to Jinnah, that he should stand for the demand of Pakistan and that his government wanted to punish Congress because of its Quit India movement.” True to its word the British Government did not acknowledge anyone but Jinnah as the representative of Indian Muslims. The last nail in the coffin was put when Somroo, the president of the Conference was killed by unidentified assassins on 14 May 1943.