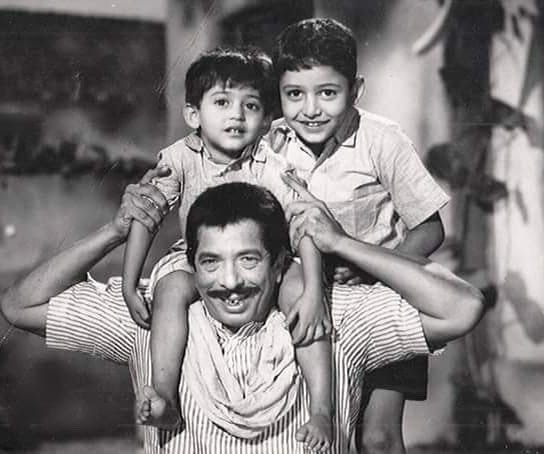 The story of Bhojpuri cinema, which starts with Ganga Maiyya Tohe Piyari Chadhaibo( O Mother Ganga I will offer you a yellow cloth) in 1962, shares an interesting relationship with Subhas Chandra Bose and his Azad Hind Fauj (Indian National army). The connecting link in this story is Nazir Hussain, who is often called father of Bhojpuri cinema.

Nazir Hussain was born in 1922 in a small village of Ghazipur, Uttar Pradesh. Following the footsteps of his father, Sahabzada Khan, Nazir initially joined the railways as fireman but soon the Second World War broke out and he enlisted himself in the British Army. In 1943, when Netaji Subhas Chandra Bose formed Azad Hind Fauj, or Indian National Army (INA), Nazir joined its ranks.

As a soldier of INA, Nazir organized the like-minded soldiers with artistic and literary bent of mind. These soldiers wrote poems, plays and performed to keep the spirits high. In 1945, as a soldier, he wrote and directed a play, Balidan, to perform on the birth anniversary celebrations of Netaji.

The play was staged in front of Netaji; all its actors were soldiers. Nazir used to recall that the greatest recognition he could ever think of as an actor, writer or director was on that day when Netaji broke down after watching the play. Nazir was awarded a gold medal of Azad Hind Fauj for this morale boosting play. 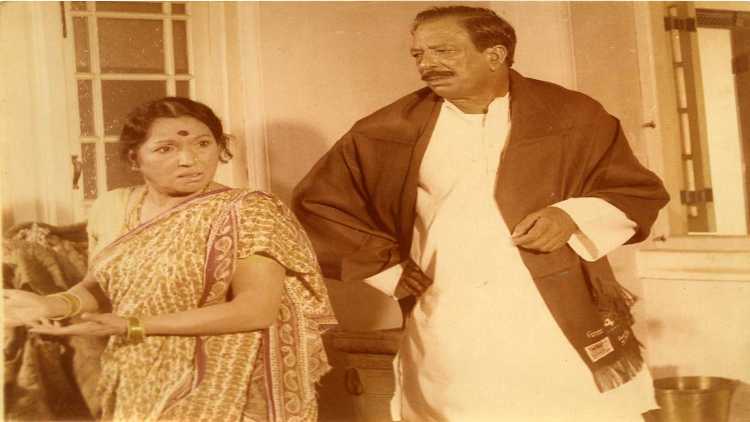 After the War, INA soldiers were arrested and so was Nazir. Indian independence in 1947 brought INA soldiers out of the prisons but the Indian Government denied them jobs in the army. Nazir and many of his INA comrades started staging plays across the country. These plays were written during his INA days and praised Netaji and INA soldiers. Filmmaker B.N Sircar happened to watch one such play, Sipahi ka Sapna. An impressed Sircar invited him to join the New Theatres in Calcutta (now, Kolkata).

Nazir moved to Calcutta to start a long stint with the film industry. Bimal Roy took him as an assistant. In 1950, Nazir wrote the story and dialogues of Pehla Admi, the first movie based on Azad Hind Fauj. The film was directed by Bimal Roy and Nazir played the role of a doctor in the movie. Soon, Nazir started essaying character roles in the Bombay film industry.

Somewhere in 1960 the President of India, Dr. Rajendra Prasad, graced a function where Nazir was present. Prasad started talking to him in Bhojpuri on knowing that Nazir belonged to Ghazipur. At the function Prasad asked him why cinema was not made in Bhojpuri language. The idea struck. Nazir wrote the story and script of a movie which is now known as the first Bhojpuri film, Ganga Maiyya Tohe Piyari Chadhaibo (English: O Mother Ganga I will offer you a yellow cloth). 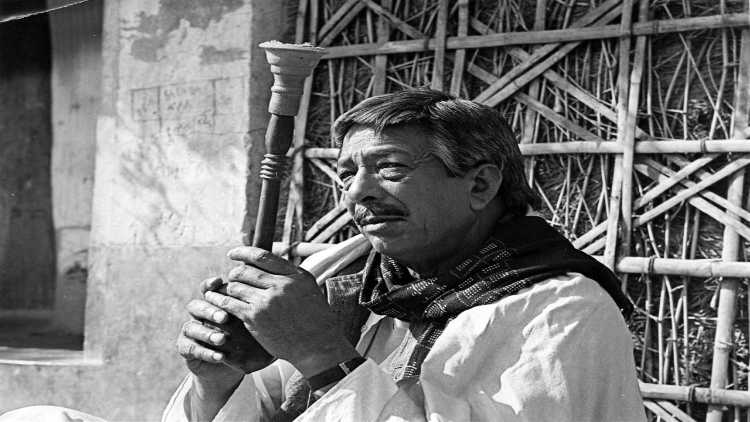 Nazir Hussain in a scene from a movie

The movie was directed by Kundan Kumar and starred well-known actors like Kumkum and Helen along with Nazir himself. Famous lyricist Shailendra wrote the lyrics, Chitragupta scored the music and Rafi, Lata, and Kalyanpur sang the songs. Bhojpuri cinema had arrived.

Nazir Hussain was a patriot who fought for the nation and after attaining freedom worked tirelessly to keep the Indian culture alive at a time when people were disillusioned with anything western.