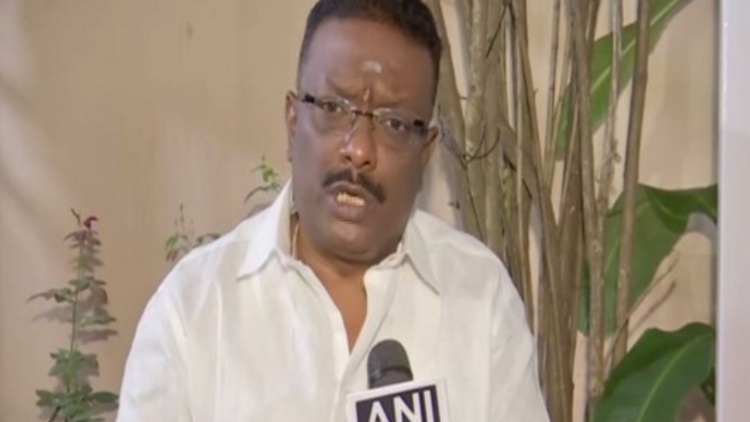 Congress Spokeperson
Hyderabad
Congress national spokesperson Dasoju Sravan on Saturday alleged that the chief ministers of Andhra Pradesh and Telangana are instigating people over the Krishna water dispute for their political gain.
Sravan said, "The chief ministers of both the Telugu speaking states are insitgating people over the water dispute. The water dispute is a big drama.
Chief Minister of Andhra Pradesh Jagan Mohan Reddy has been invited for the inauguration of Kaleshwaram Project where both Reddy and Telangana CM K Chandrashekar Rao have been seen be sharing a friendly bond. YSRCP leader Vijaysai Reddy has been seen touching the feet of KCR and taking his blessings. Why are both the chief ministers turned against each other now?"
The Congress leader alleged that the Telangana Chief Minister has been trying to instigate people against Andhra Pradesh in order to win the upcoming Huzurabad by-elections.
"When the Andhra Pradesh Government has passed an order back in 2019, why is that KCR has been silent for all the two years and why is that he is raising this issue now?" asked Sravan.
He said the Palamuru-Rangareddy Lift Irrigation project has not completed 20 per cent of its construction and the government has already increased the estimations to 100 per cent.
"If at all KCR holds any interest into this issue, he would have completed the projects that were planned over the Krishna River Basin. If KCR completes these projects over the Krishna River Basin, then Andhra Pradesh Chief Minister Jagan Mohan Reddy would not have illegally drawn Krishna waters," stated the Congress leader.
He further alleged that if Jagan Mohan Reddy did not illegally draw water from Kishna then KCR would not have instigated people of Telangana over the water dispute issue against Andhra Pradesh.