Covid deaths toll to rise for a week: Health experts 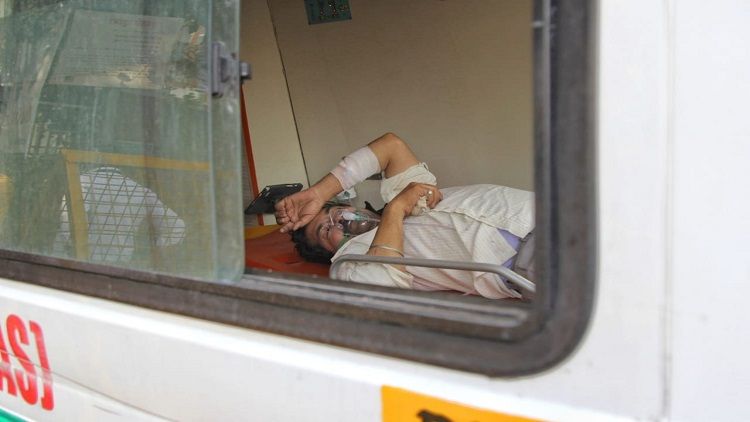 Covid death toll may continue to rise for another week

India on Wednesday reported the highest number of Covid-19 deaths, with the official figure spiking to 4,529, although the number of fresh positive cases has dropped in the last few days.

Health experts that ANI spoke with stated that the trend may continue to rise for another week at least before the numbers start settling down in proportion to the number of daily cases. Experts highlighted that the severity of the infection that is directly affecting the Standard Operating Procedures (SOPs) in a very short span, especially the oxygen parameters, is responsible for deaths in the second wave.

While in the first wave of Covid-19 that forced the country to rethink its health infrastructure, its functioning was still limited to the urban population majorly.

However, since the second wave hit, variants of Covid-19 spread in rural India have upscaled the death toll massively. The reason, as per health experts, isthe severity of the infection followed by inadequate health infrastructure.

Although cases pan-India are showing a downward trend with 2,67,334 positive cases as per the official data of the Union Health Ministry, the number of deaths remains a concern.

While speaking on the death toll, Dr V K Monga, public health expert said, "It is true that the total number of cases of Covid-19 and positivity rate have declined in the last 10 days or so but the number of deaths are still very high. It is because a large number of patients are still admitted in ICU in various hospitals and because of medical interventions (many may be on rigorous life support) they may survive for many days. However, because of the complications of Covid-19 and prolonged stay in hospitals, they may lose the battle, thus resulting in increased figures of death."

Dr Monga also specifically stressed that the trend may continue for another week or so before settling down in proportion to the number of daily cases.

Dr Suresh Kumar, Director of Delhi Government's Lok Nayak Jai Prakash (LNJP) Hospital said, "This is a matter of concern because we have seen this for the first time. In Delhi, the death toll is coming down but if we see in other states death tolls are escalating. There are overall 4,000 deaths in India, which is a matter of concern and in this wave that we are seeing more severe cases."

"If we compare with last year, the oxygen level of patients is dropping to 60 per cent to 70 per cent on an average. We have also seen patients dying while on their way to the hospital. We have seen severe patients who were brought to the hospital when his/her oxygen level is dipping down and are in need of ICU beds immediately and all these are directly responsible for the higher death toll," Dr Kumar added.

Maharashtra tops the chart of registering the maximum number of deaths with a total of 83,777, followed by Karnataka which has recorded as many as 22,838 Covid-19 deaths since the onset of the pandemic last year. Delhi and Tamil Nadu are next on the list with 22,111 and 18,369 deaths reported due to the pandemic.

Meanwhile, Dr Rajiv Parakh, Chairman Vascular Surgery, Medanta said, "There are more than 4,000 reported deaths taking place and of course there are many more who have not even tested and passed away. The death rate in the second wave is high because this time it has struck a large number of population."

Dr Parakh also stressed that "the intensity and the mutation capacity have properly been responsible for the severity. Last time the virus was not as severe and virulent compare to the second wave".

Doctors alerted that patients or families should never start any treatment on their own and once the oxygen level drops below 92 per cent, one should immediately get admitted to the hospital or consult an expert.

According to the official data released by the Union Health Ministry, India's cumulative death toll is 2,83,248 with 32,26,719 active Covid-19 cases.