CRPF to import vehicle scanner from US 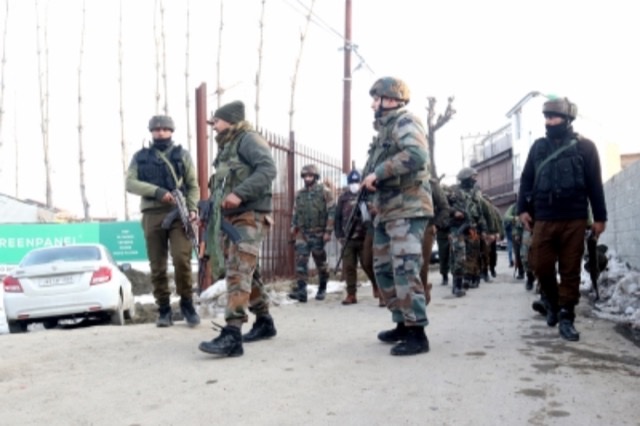 With an aim to prevent arms transportation in the Jammu and Kashmir, the Central Reserve Police Force (CRPF) is set to import vehicle scanning machines from the US, officials said.

The Multi-Mode Passive Detection System (MMPDS) is an advanced version of the scanning system which is not based on X-Ray and it can monitor all vehicles entering in the union territory.

"At present after correspondence, presentations, and technical discussions with M/S SSBI Ltd and OEM, the dates for demonstration of MMPDS system at OEM's R&D facility and Onsite installation at the US has been sought and awaited from the firm," CRPF Director General Kuldiep Singh said. He also said that many other manufactures of vehicle scanning systems made presentations to the Force's officials but they did not meet the requirements.

"Once the initial presentation is made before us, a team of CRPF officials will visit the manufacturer in the US to evaluate the actual performance of the system." Muons-based technology can help detect dangerous nuclear material and see into damaged nuclear power plants. Scientists use muons for archeological purposes to peer inside large, dense objects such as the Pyramids in Egypt. It is pertinent to note that arms are being transported in the Kashmir Valley in big vehicles, especially in trucks which ferry goods to the union territory from other parts of the valley or from the International Border with Pakistan.

There were instances where in the goods-laden trucks have been used to ferry even terrorists from one place to other in the valley, the officials said.

Once these vehicle scanners are installed in Jammu and Kashmir's important intersections including highways, this will help the security forces to gaze at what is being brought in the trucks and other vehicles. A senior CRPF official said that this technology is better than what is installed at Petrapol Integrated checkpost on the India- Bangladesh International Border in West Bengal.