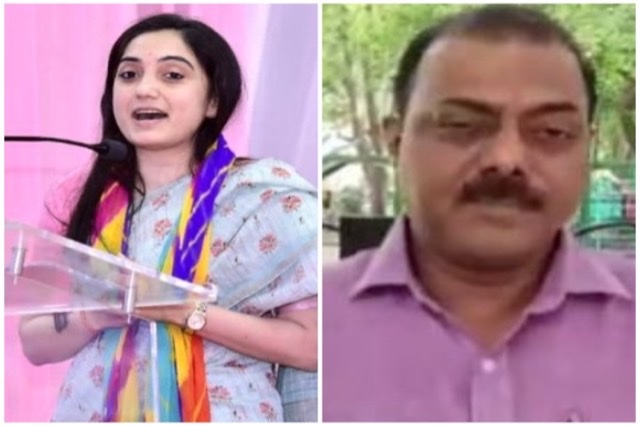 In a move to curb falsehood and misinformation on social media, the IFSO unit of the Delhi police has registered a case against several persons including Nupur Sharma and Naveen Kumar Jindal under various provisions for spreading hateful messages, inciting groups and creating an atmosphere detrimental to the maintenance of public tranquillity, FIR registered on Wednesday said.

This comes amid the row over the suspension of BJP leader Nupur Sharma for her alleged controversial religious remarks on a TV debate.

"The police have registered an FIR against multiple individuals cutting across religions and will investigate their roles on various social media entities in promoting false information with an intention to create unrest in cyberspace having ramifications on the physical space, thereby compromising with the social fabric of the country," Intelligence Fusion and Strategic Operations (IFSO) official said.

According to the police, some names that were included in the FIR are Nupur Sharma, Naveen Kumar Jindal, Shadab Chauhan, Saba Naqvi, Maulana Mufti Nadeem, Abdur Rehman, Gulzar Ansari, Anil Kumar Meena and Pooja Shakun. Meanwhile, Delhi Police on Tuesday said that it has provided security to suspended BJP spokesperson Nupur Sharma after an FIR was registered on a complaint that she was getting death threats following her controversial religious remarks. "Sharma and her family have been provided police security after she alleged that she has been receiving threats and was being harassed over her remarks," an official said.

The Bharatiya Janata Party on Sunday suspended its spokesperson Nupur Sharma from the party's primary membership after her alleged inflammatory remarks against minorities. "@CPDelhi I'm being bombarded with rape, death and beheading threats against my sister, mother, father & myself. I've communicated same to @DelhiPolice. If anything untoward happens to me or any of my family members...," tweeted Nupur Sharma on May 27.

While suspending Sharma, the BJP said that it "respects all religions" and is "strongly against any ideology which insults or demeans any sect or religion". The BJP leader's remark drew sharp reactions from Gulf countries. India has said that it had taken strong action against those who made controversial remarks against minorities.