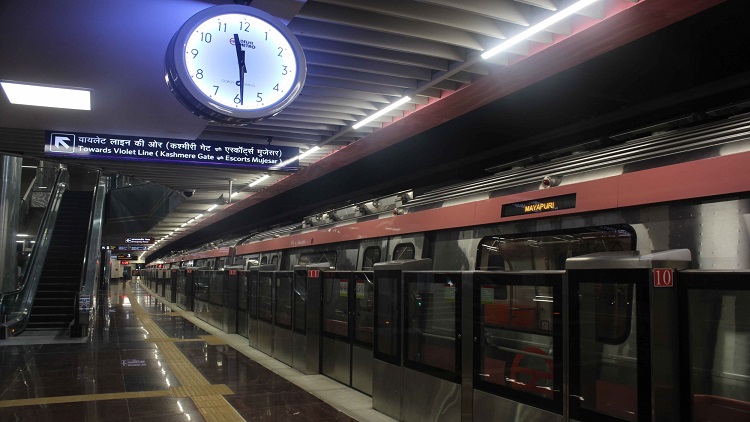 In view of the 'chakka jam' announced by farmers, the Delhi Metro Rail Corporation (DMRC) has closed the gates of at least eight metro stations in central and north Delhi as a precautionary measure.

The DMRC in a series of tweets from its official handle said, "Security Update: Entry and exit gates of Mandi House, ITO and Delhi Gate are closed."

"The entry and exit gates of Vishwavidyalaya station are closed," it said in another tweet.

Delhi Police have made adequate arrangements in view of the farmers' 'chakka jam'.

On January 26, during the Kisan Gantantra parade, violent clashes took place at several places in the national capital leaving many farmers and policemen injured. Agitating farmers also hoisted a pennant at the Red Fort on January 26.

Police have filed several cases against the farmer leaders for the violent clashes.

Thousands of farmers from Punjab, Haryana and Western Uttar Pradesh have been protesting against the three farm laws since November 26 last year.

The farmers are demanding repealing of three farm laws and guarantee of the minimum support price. 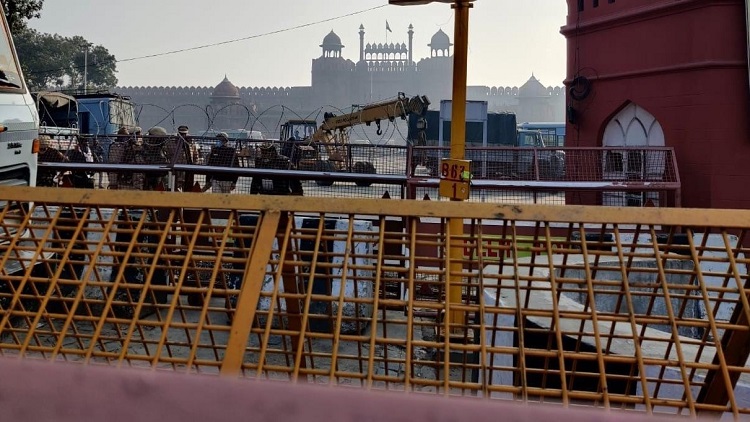 The Red Fort on Saturday

The Delhi Police has turned Red Fort into an impregnable fortress with barricades and trucks loaded with mud to stop any surprise intrusion by protesters on Saturday. Cranes were used to place boulder barricades as a precaution in the wake of the farmers' call for a nationwide 'chakka jam'.

More than 55,000 policemen have been deployed at various strategic points in the national capital.

The Delhi Police is also geared up to tackle any surprise elements, including 'flash mob' tactics and protest call on social media on Saturday as the Samyukta Kisan Morcha and other farmer organisations are set for a nationwide three-hour 'chakka jam'.

Despite the agitating farmers' assurance that the 'chakka jam' would not be implemented in Uttar Pradesh, Uttarakhand and Delhi, the Delhi Police as a precautionary measure has intensified security arrangements with special focus on border areas where the farmers have been protesting since November 26 last year. 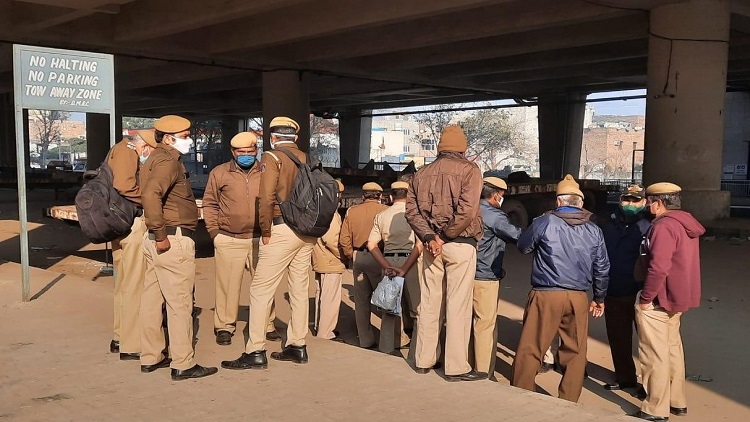 Police have intensified security at the Tikri border to deal with any situation emerging out of the nationwide "chakka jam" being held on Saturday by the farmers protesting against the Centre's new agricultural laws.

Residents living in and around the Tikri border are facing hardships due to the stringent security measures in place. One of the residents Chote Ali said, "The strengthened security measures have impacted our earnings."

He further said that because of such a situation, there is a dip in customers footfall, "The chakka jam's call and heavy police deployment in the area have adversely impacted the common man's livelihood."

Another resident Rekha Devi, who owns a tea shop in Tikri border area, said, "Due to the protest, there is no work and travelling from one place to another has also become difficult."

She also added that earlier people had to face the hardships due to the lockdown and now the farmers' protest has been causing inconvenience to all of us. 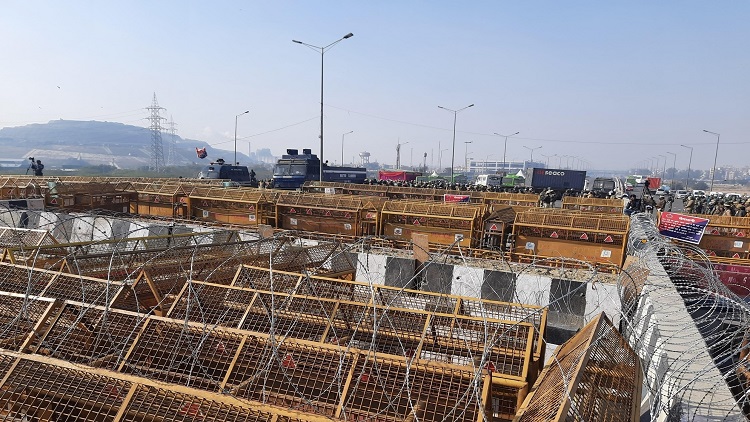 Delhi Police tightened security at the Ghazipur border with Uttar Pradesh as well.

This is despite assurance by farmer unions that the road block would not affect the traffic within the Delhi borders as well as in Uttar Pradesh and Uttarakhand.

The scene at the farmers protest site at Ghazipur did not seem any different from other days of protest since November 26.

Ever since the January 26 incident, the police have been extra careful to seal all loopholes in the security arrangements. They have been constantly monitoring the situation at the Delhi borders with the help of drones. Top police officials are also taking stock of the situation.

Volunteers on behalf of farmers sitting at the border have also been doing their bit to maintain peace. The volunteers have placed their barricades 100 metres before the police barricades so that as per assurance no one can set foot inside Delhi.