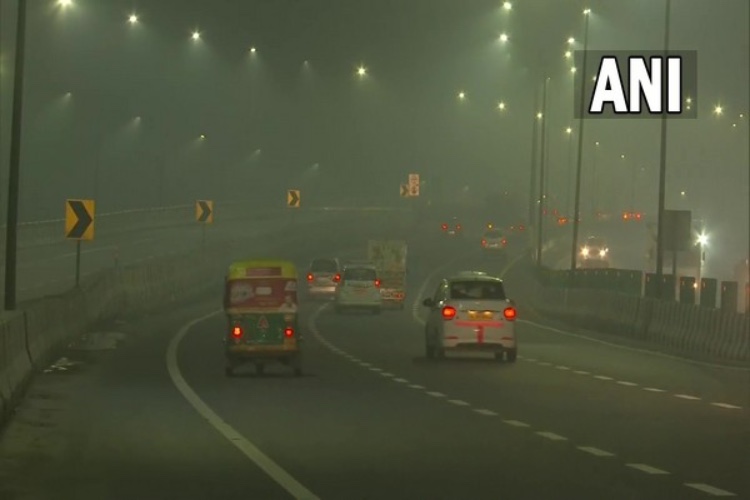 A blanket of dense fog engulfed the national capital on a cold Monday morning leading to poor visibility. As per the India Meteorological Department (IMD), the minimum temperature in the city was recorded at 10.5 degrees Celsius at 7 am today while the maximum is expected to touch 14.9 degrees Celsius.

The IMD said that northwest India is expected to witness another cold spell from January 24 onwards, owing to several western disturbances that caused heavy rainfall in northern plains and snowfall in the hills. Isolated or scattered light rainfall very likely over parts of Delhi today, the weather department has predicted.

It also said that dense fog conditions are very likely in isolated pockets over Punjab, Haryana, Chandigarh-Delhi, West Uttar Pradesh, Rajasthan during next two days and cold day conditions over these areas on January 24. Cold wave conditions likely in isolated pockets over these areas during January 25-27 As the cold day conditions prevailed, homeless people took refuge in a night shelter at Ganesh Nagar. "We provide tea and rusks in the morning, along with lunch and dinner.There's a capacity of 10-15 people here. We are adhering to COVID-19 protocols," said a caretaker here.

Delhi has been witnessing rainfall over the last two days and the System of Air Quality and Weather Forecasting And Research (SAFAR) informed that the overall air quality index has been recorded at 145, an improvement into the 'moderate' category. "AQI today improved significantly to 'moderate' due to scavenging and wet deposition of particulate matter by yesterday's rain.

Rain is likely to continue today leading to further improvement of AQI to 'lower end of moderate' or 'satisfactory'," said the SAFAR bulletin.

SAFAR added, "A dust storm originated from Gulf region headed towards Gujarat coast and parts of Maharashtra, however, it is unlikely to affect air quality of Delhi due to prevailing influence of western disturbance and associated intermittent drizzle/rain. From January 24th onwards fair weather conditions are likely to prevail with normal emissions from anthropogenic activity partially offset by moderate ventilation resulting in gradual accumulation of pollutants bringing AQI back to 'moderate' or 'poor'."