Digvijaya Singh drops out of Cong prez race for Kharge 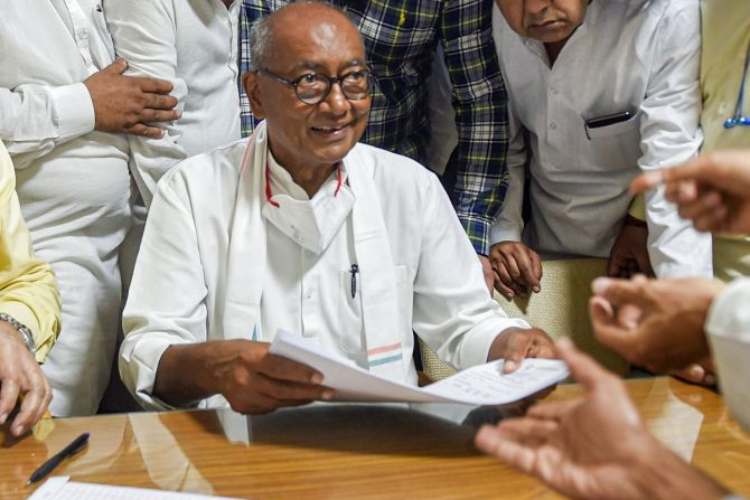 Digvijaya Singh had collected his nomination papers on Thursday

In yet another twist in the tale of the Congress president polls, Digvijaya Singh on Friday said he was dropping out of the race for the top post and announced his support for Mallikarjun Kharge, who is likely to file in nomination.

Singh had said on Thursday that he would file his nominations on Friday. However, after reports of Kharge also mulling contesting the party's internal polls, he decided to drop out of the contest.

Singh made the announcement after he met Kharge  at the latter's residence.

Speaking to reporters he said, "I cannot think of contesting an election against a senior leader like Kharge. "

"If Kharge had told me earlier, I would not have gone to collect the form. Now he intends to file his nomination, I will become his proposer," Singh added.

Singh is the second Congress leader to pull out of the race after Rajasthan Chief Minister Ashok Gehlot announced he would not contest the elections following the political turmoil in his state.

Meanwhile, Jharkhand Congress leader KN Tripathi said he too will file his nomination on Friday.

With the Gandhis not running for the top post, the grand old party is all set to get a non-Gandhi president after over 25 years.

The election is scheduled for October 17. The results of the party polls will be declared on October 19.