The cyclist starting their expedition from Delhi

Indian Army and Indian Air Force jointly on Saturday have launched a cycling expedition from Delhi to Dras. This event also commemorates the 75th anniversary of India's independence. 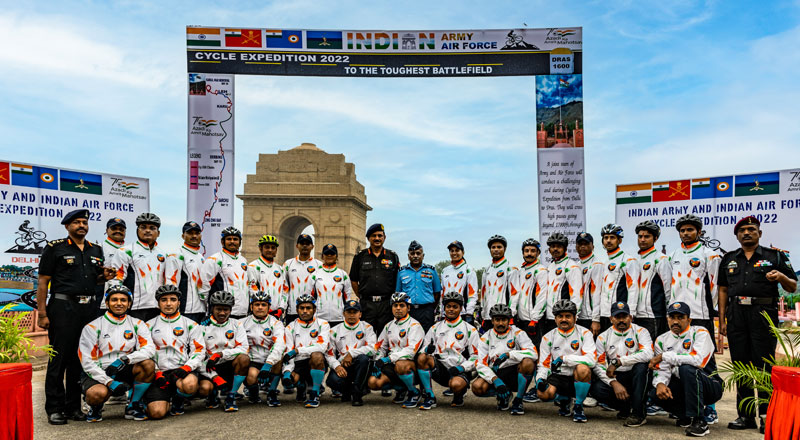 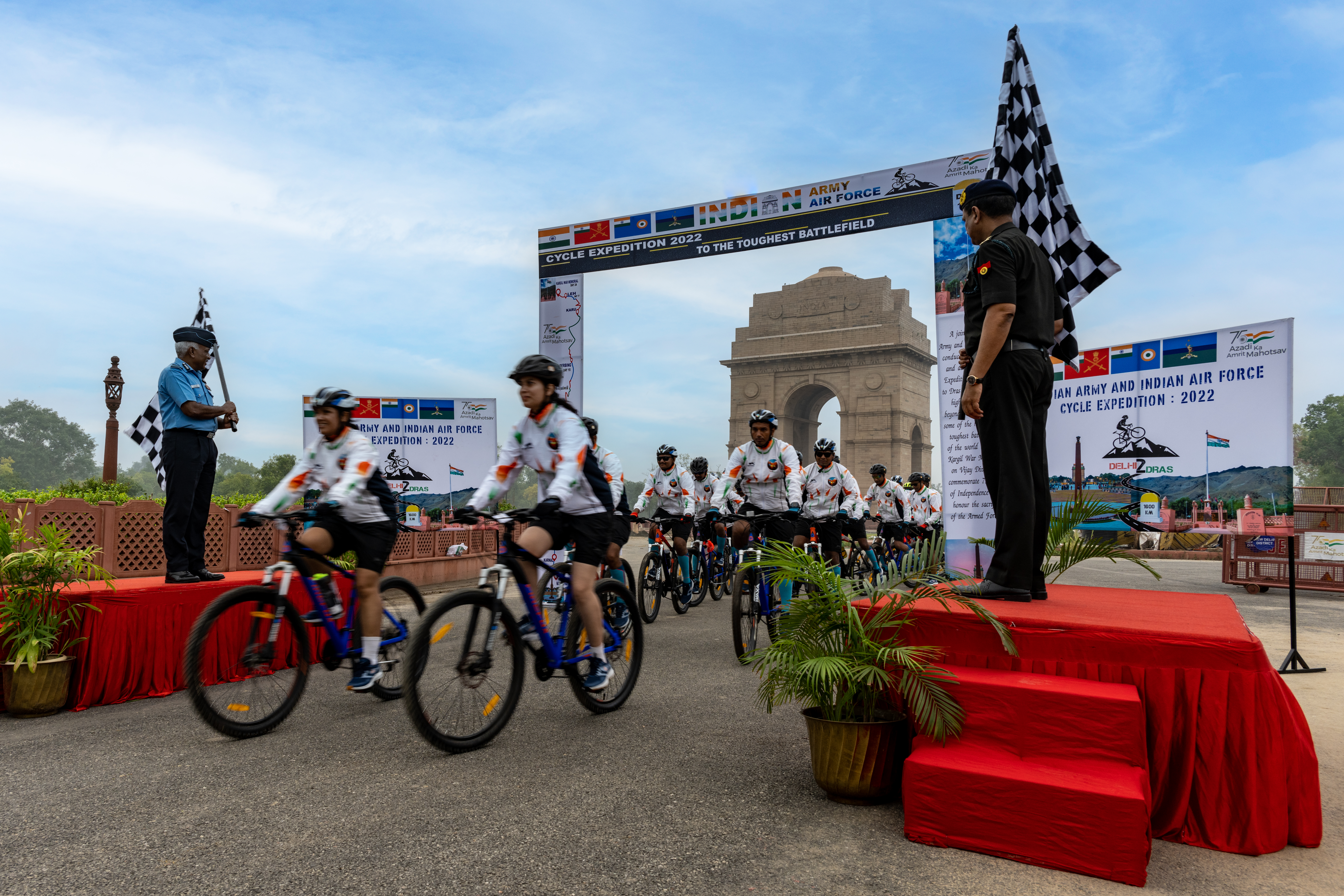 The cyclists face the daunting task of covering 1600 km in 24 days, culminating at Kargil War Memorial in Drass on 26th July 22 to give a fitting tribute to the brave martyrs who made the supreme sacrifice during Kargil War. The broader aim of the expedition will be to bolster the energy of the young Indians towards nationalism as the cyclists will be interacting with school children at various stages enroute.

Spearheading the team from Indian Air Force is Squadron Leader Maneka who has served as the Logistics Officer in Bidar, Gwalior and Devlali during her span of 10 yrs in service. Currently serving in Air Force Station Kalaikunda, she was awarded the Air Officer Commanding-in-Chief Central Air Command Commendation Card in 2016 for her exceptional handling and speedy resolution of various logistics issues at Gwalior Air Force Station.

She is an avid sports enthusiast and has taken part in a number of cycling expeditions organised by Indian Air Force. The expedition will pedal its way through Punjab before entering Himachal Pradesh.

Keeping in mind the insurmountable challenges against rising terrain and scarcity of oxygen as and when the cyclist progress towards Ladakh, the preparation and training had commenced early on in order to prepare the team for this monumental challenge.

The team had a graduated practice schedule which helped them to build up on their endurance and stamina. Flagging in of the team at Drass will be carried out by Lieutenant General Upendra Dwivedi AVSM, General Officer Commanding-in-Chief Northern Command.