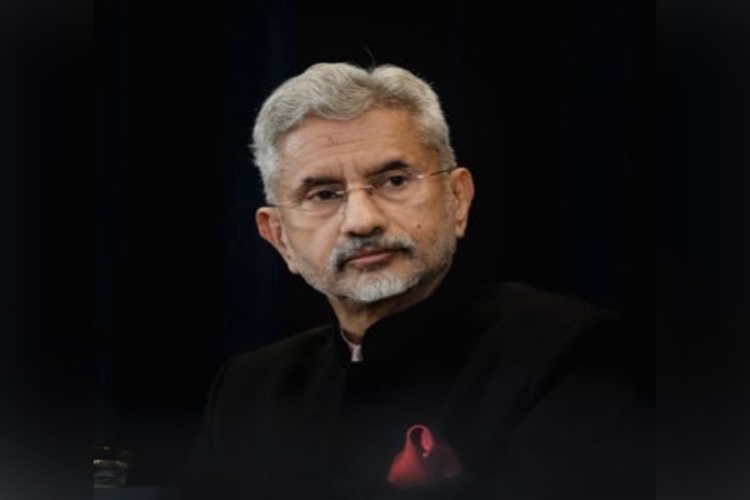 It is to be noted that the visit will be Jaishankar's first visit to New Zealand. According to the Ministry of External Affairs, the EAM will participate in an event on October 6 in Auckland along with Prime Minister of New Zealand, Jacinda Ardern to felicitate members of the Indian community for their exceptional achievements and contributions.

He will have a bilateral meeting with Nanaia Mahuta, Minister of Foreign Affairs of New Zealand in Auckland to discuss and review the entire gamut of our relations, added the release. Jaishankar will also interact with several Ministers, including Priyanca Radhakrishnan, Minister for the Community & Voluntary Sector, Diversity, Inclusion and Ethnic Communities, and Youth, who is the first person of Indian origin to become a Minister in New Zealand, Parliamentarians, members of the business community as well as Indian diaspora, including Indian students.

In Wellington, he will inaugurate the newly constructed building of the High Commission of India. The leadership of both countries have shown significant interest in raising all aspects of the relationship to the next level. This is reflected in a series of high-level bilateral visits and meetings. Ardern and PM Modi had a bilateral meeting in New York on the sidelines of UNGA on September 25, 2019, during which they discussed steps to intensify political, economic, defence, security and people-to-people relations.

Recently, the 4th Foreign Ministry Consultations between India and NZ were held in New Delhi on June 23 2022. Saurabh Kumar, Secretary (East) led the Indian delegation while the New Zealand side was led by Mark Sinclair, Deputy Secretary, Americas and Asia Group, Ministry of Foreign Affairs and Trade. Reviewing the existing warm and friendly bilateral relations, including trade and investment, defence and security, people-to-people ties, counter-terrorism, cyber security, and disarmament, both sides expressed keenness to further enhance engagement and deepen ties in various areas.

In Australia, Jaishankar will be visiting Canberra and Sydney. It will be EAM's second visit to Australia this year, the first was in February 2022 to attend the Quad Foreign Ministers' Meeting in Melbourne, said the release. EAM will be holding the 13th Foreign Ministers' Framework Dialogue (FMFD) along with his counterpart Penny Wong. He will also be meeting Australian Deputy Prime Minister and Defence Minister, Richard Marles, said the release.

He will also have interactions with the Australian Navy, the media and think tanks, including the Lowy Institute in Sydney. Recently, India signed a historic trade agreement with Australia, the India-Australia Economic Cooperation and Trade Agreement (Ind- Aus ECTA). It is a Free Trade Agreement (FTA) that India has signed with a major developed country in over a decade.

The Agreement encompasses cooperation across the entire range of bilateral economic and commercial relations between the two countries.

Strong Australia-India economic ties will also pave the way for a stronger Indo-Pacific economic architecture, that's not just based on flows of physical goods, money and people, but on the basis of building capacity-led connections, complementarities, sustainable commitments and mutual dependence across countries and sub-regions.