EC bans entry of politicians in Cooch Behar for 72 hrs 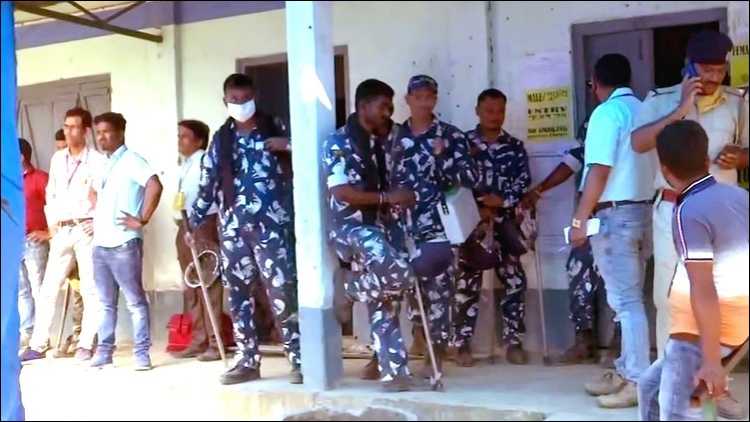 The Election Commission (EC) on Saturday gave directions that no political leader from any party should be allowed to enter the geographical boundaries of Cooch Behar district for the next 72 hours where four persons were killed in poll violence on Saturday during the fourth round of polling in West Bengal.

"In Cooch Behar district comprising of 9 ACs where voting shall be over by today, no political leader from any national, state or other party should be allowed to enter the geographical boundaries of the district for the next 72 hours. This comes into force with immediate effect," the poll panel said in its order.

The EC also said that the silence period for the fifth phase of assembly polls shall be extended to 72 hours and no campaigning shall be permitted during 72 hours before the close of the poll in order to ensure the conduct of free, fair and peaceful elections.

The poll panel said that based on the interim report from the two observers at 12.36 pm "confirming the incident of attack on the polling station by a mob in which CISF opened firing in which four people died and four got injured," it had ordered adjournment of the poll.

The incident was reported from polling station number 126 of Sitalkuchi assembly constituency.

The order of the EC said that joint report of two Special Observers was received at 5.12 pm and they stated that "recourse to open fire by the CISF personnel became absolutely necessary in order to save the lives of the voters lined up at the polling booth, those of other polling personnel and their own lives as the mob had attempted to snatch their weapons".

The Commission order said that the media had reported Cooch Behar SP Debashish Dhar stating that the firing was done by the Central Industrial Security Force (CISF) "purely in self-defence".

The EC also said that the last rites of the four deceased persons had still not been completed and some political leaders may visit this area with the purpose of condoling with their families, "which has the portent to cause a law and order problem of major proportions in this place and the adjoining places as well".

West Bengal Chief Minister Mamata Banerjee had said that she will hold a protest rally in Cooch Behar tomorrow against the firing incident and visit the homes of the deceased.

Prime Minister Narendra Modi also expressed his sadness over the incident. He urged EC to strongly deal with those responsible for what happened in Cooch Behar.

The next phase of the elections will take place on April 17.

Police registered a case under the Explosive Substances Act and Arms Act. Further investigation is underway. The Election Commission has intensified the vigilance across West Bengal to check any untoward incident in the poll season.

The voting in the Bhatpara constituency in North 24 Parganas will be held in the sixth phase of the state assembly polls on April 22.

West Bengal has a history of violence during elections. Keeping this in mind, EC has been conducting the assembly elections this time in eight phases.

The first four phases of the eight-phased elections have taken place on March 27, April 1, April 6 and April 10. The counting of the votes will take place on May 2.