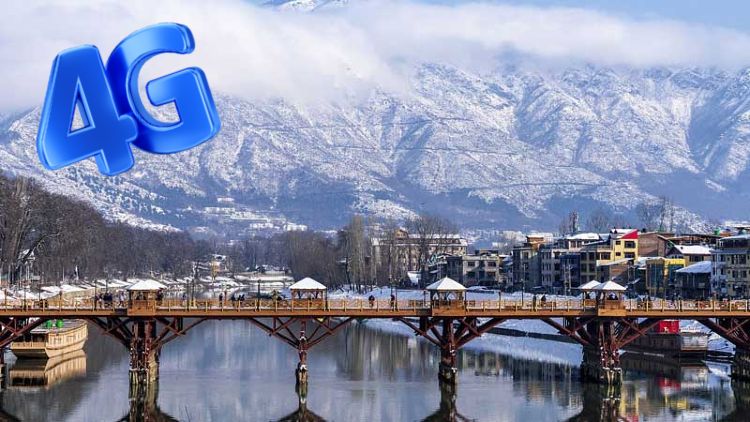 The restoration of high speed 4G internet after a gap of 18 months has brough cheers to the people of Jammu and Kashmir.

The announcement of government's decision to restore the $G services was made by Rohit Kansal, Principal secretary, PDD and the spokesperson of the J&K government on Twitter.

Though it took a few hours for the service providers to restart their services in the Union territory, the social media sites were full of message from people expressing happiness about this.

Lt Governor Manoj Singh also expressed his happiness at the decision and thanked Prime Minister and Home Minister for it.

I thank the Hon’ble PM @narendramodi Ji and HM @AmitShah Ji for acceding to our request and restoring 4G services in the entire J&K UT. The move will fulfil the aspirations of the people, particularly the youth.

TYhe suspension of high speed services was taken for blocking a well-knit network of separatists and their overground workers in J&K that would use the facility for cobbling youth for stone pelting or protests and also spreading false propganda and rumours.

However, a few months ago, the government had started 4G services in Ganderbal, north Kashmir and Udhampur in Jammu, on trial basis.

In fact, the decision to revoke the suspension of 4G internet services was taken by a committee setup on the orders of Supreme Court.