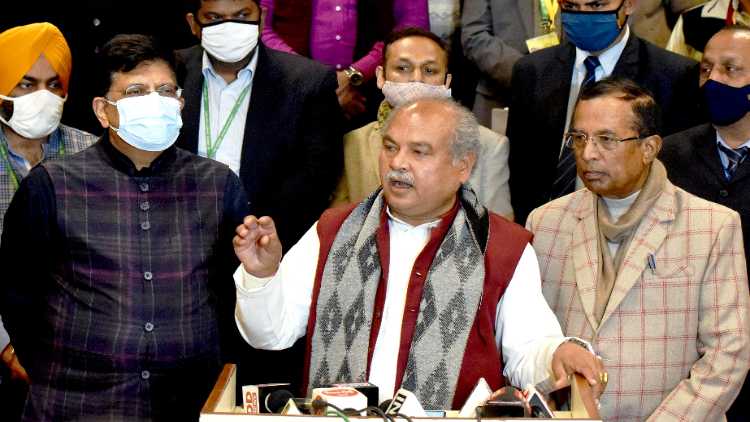 "In a democracy, a government can never dare to make such a law that will harm farmers," said Narendra Singh Tomar at Pusa Krishi Vigyan Mela 2021 in Delhi. The Union Minister in a tweet in Hindi informed: "The three-day Pusa Krishi Vigyan Mela organized by the Indian Agricultural Research Institute (IARI) is inaugurated today. This time the theme of this fair is 'Atmanirbhar Kisan (translated as a self-reliant farmer)'."

"I call upon the farmers of the country to explore the advantages of this new agricultural research along with government schemes, make agricultural sector atmanirbhar and make our country atmanirbhar," said Union Minister.

"This fair is called Krishi Kumbh, in which a large number of common farmers, progressive farmers have come forward from all over the country," he tweeted.

Union Agriculture Minister Narendra Singh Tomar earlier on Thursday reiterated that the central government is ready to talk to protesting farmers at any time.

This comes as farmer leader Rakesh Tikait had on Tuesday announced plans for marching to the Parliament with 40 lakh tractors in order to intensify pressure on the central government to withdraw the three farm laws.

Since November 26 last year, farmers have been protesting on the different borders of the national capital, against the three newly enacted farm laws: Farmers' Produce Trade and Commerce (Promotion and Facilitation) Act, 2020; the Farmers Empowerment and Protection) Agreement on Price Assurance and farm Services Act 2020 and the Essential Commodities (Amendment) Act, 2020.