Two months after the Indian Army unvieled the massive National Flag in Leh, the Indian Navy displayed a flag of the same dimensions on Navy Day in Mumbai on Saturday. The flag made of Khadi measures 225 ft in length and  150 ft in width. It weighs 1400 kg.

The Western Naval Command of the Indian Navy displayed the National Flag at the Naval Dockyard in Mumbai, overlooking the iconic Gateway of India.

The flag has been conceptualised and manufactured by the Khadi and Village Industries and Commission as part of the Azadi ka Amrit Mahotsav, to celebrate 75 years of India's independence. 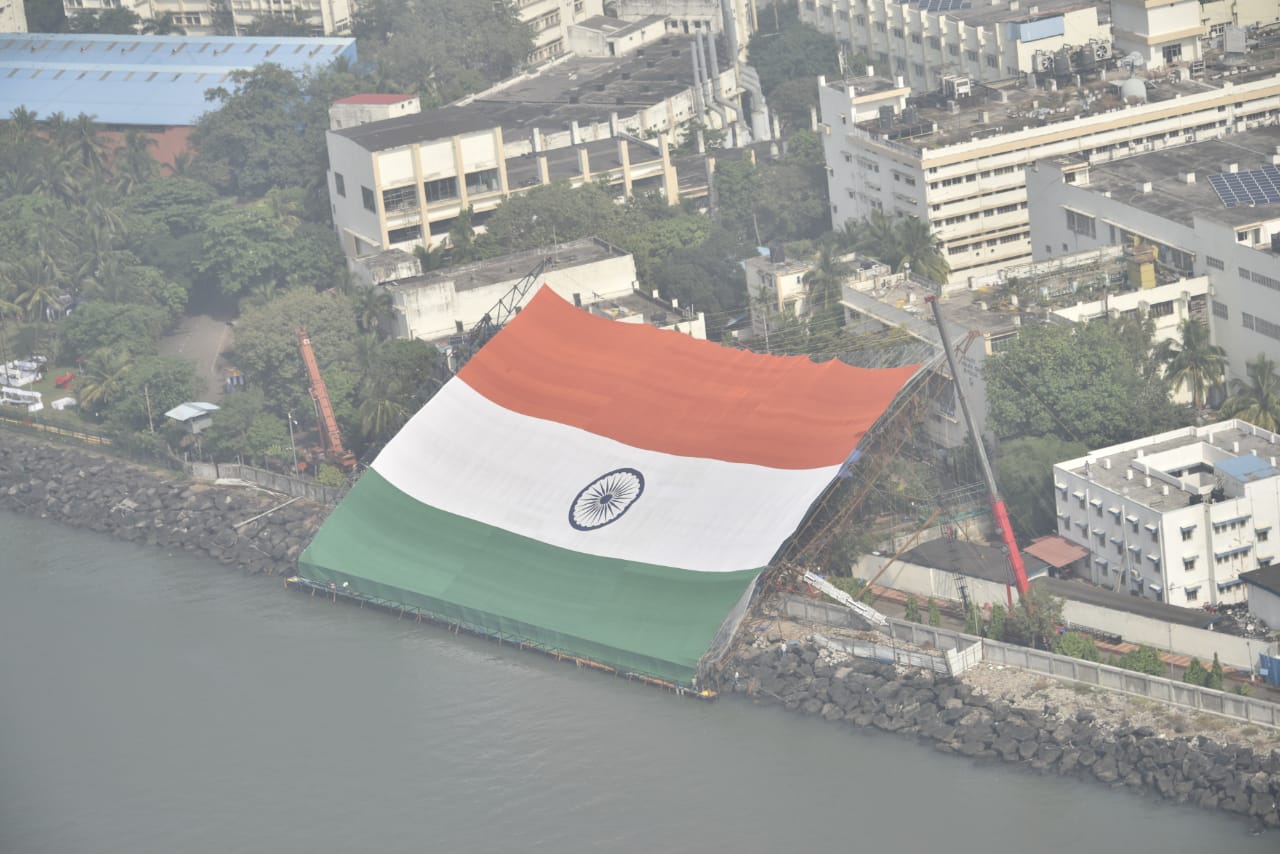 As the Indian Navy rededicates itself to the service of the nation on Navy Day, it renews its pledge and commitment to protect and promote national interests and serve the people of India through this small but important gesture of exhibiting the monumental national flag.

On Oct 2, the Indian Army had installed the flag of the same size in Leh Laddakh