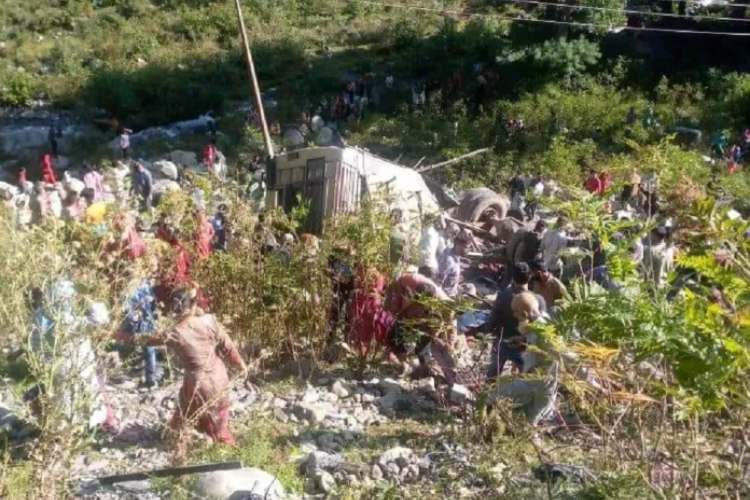 Twelve persons were killed and 27 others injured on Wednesday in a road accident in Jammu and Kashmir's Poonch district.

Police sources said that a minibus went out of the driver's control near Brari Ballah in the Sawjian area of Poonch district.

According to the police, "The minibus rolled down into a gorge. Army rescue teams assisted by police and civilians shifted the injured to sub-district hospital in Mandi town. Attending doctors said the condition of 11 injured passengers is critical,"

Prime Minister Modi tweeted his condolences and announced an ex-gratia payment of Rs 5 lakh to the families of the deceased.

J&K Lt. Governor, Manoj Sinha has announced Rs 5 lakh ex gratia compensation to the next of kin of those who lost their lives in the accident.

Saddened by loss of lives due to a road accident in Sawjian, Poonch. Condolences to bereaved families. May the injured recover soon. Rs. 5 lakh would be given to the next of kin of deceased. Directed Police and Civil authorities to provide best possible treatment to the injured.

President Droupadi Murmu also condoled the deaths in the accident.