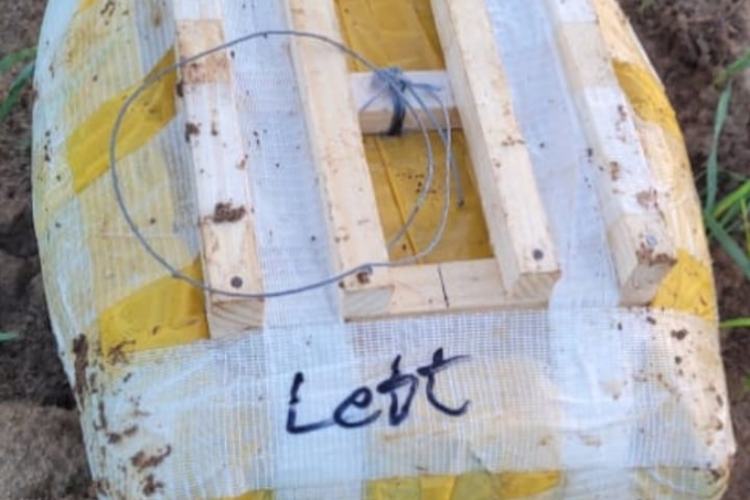 The packet recovered from a field in Samba

The Jammu and Kashmir Police recovered a suspicious packet in Samba sector on Thursday.

As per reports, the recovery was done in the fields near Channi Manhasa.

Bomb Disposal Squad was called to the spot and on opening the packet Rs 5 lakh in Indian currency along with 2 Chinese pistols, detonators, IEDs and 60 rounds of bullets were recovered from it.

According to the local police this is most probably a case of cross-border drone dropping.