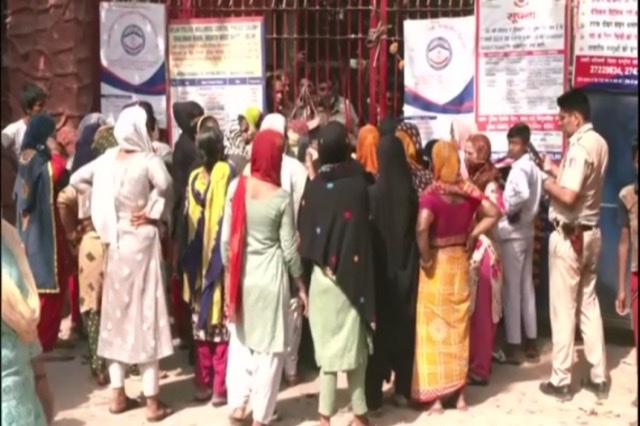 Delhi Police arrested five people and apprehended one minor of the same family in connection with the April 16 Delhi Jahangirpuri violence.

A total of 23 people have been arrested and two juveniles apprehended so far in connection with the incident in which nine people, including eight police personnel and a civilian, were injured. Delhi Police have arrested people from "both communities" for the violence.

Among all the arrested, the police have arrested all the men of a family belonging to "one particular community". The accused have been identified as Suken Sarkar, his brother Suresh Sarkar, Suken's two sons Neeraj and Suraj, and Sukeen's brother-in-law Sujit. Police have also detained Suken's minor son.

After the arrest, Suken's wife Durga Sarkar said, "My husband, brother-in-law, three sons and my brother have been arrested by the police. They are all innocent. They were on the chariot in the procession and stones were pelted at him. A brick was thrown at my husband. His brother suffered severe injuries to his head, but despite this, they saved the Hanuman idol."

Durga told that her husband came home and told her that people belonging to the "other community" first started arguing with them and they also were the ones to start stone-pelting. "My husband ran away from that place to save his life. He does a small job and my son is in Class 12. He has his board exams. If he is not released, his life would be ruined", she added. Durga Sarkar further alleged a larger conspiracy. She said, "Why is just my family members arrested? There were others too. This is a conspiracy, I want my family members to be released."

Arrested Sujit's wife Meenu said, "My husband has been arrested by the police. He was pulling the chariot in the Shobha Yatra. He told that 5-6 people came from the mosque and asked them to stop the loudspeaker and stop chanting Jai Shri Ram." "When the people in the procession refused, hundreds of people from the 'other community' came out with swords and attacked the procession. My husband somehow ran to save his life", added Meenu. According to Meenu, her husband did not participate in stone-pelting.

"Or he would only do it for self-defence. If someone comes to kill me, should I not try to protect myself?", she added. "My husband knows all the people who actually started the riot. But despite this, the other community became heroes, our people became villains. We live in Hindustan and it is our right to chant Jai Shri Ram."

Clashes broke out between two groups after stone-pelting incidents were reported from the Jahangirpuri area in the national capital on Saturday evening during a procession last Saturday. Some people, including two policemen, have been injured.