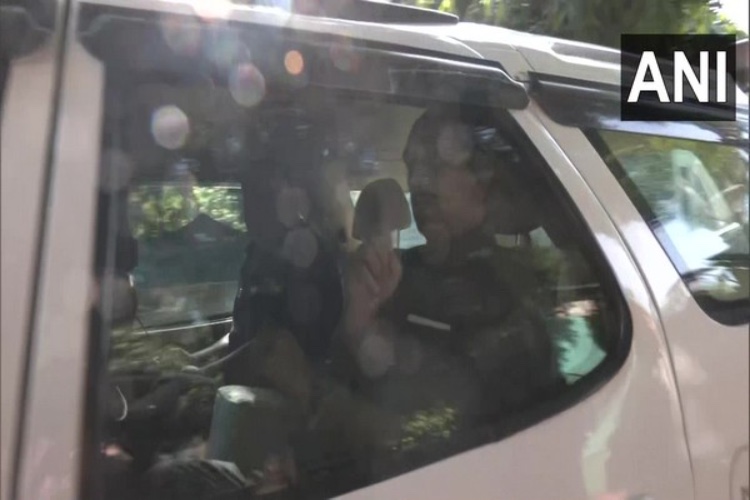 He left for Jammu to hold the public meeting on Sunday morning which is scheduled for 11 am. This will be his first meeting since he snapped his nearly 50-year-long association with Congress.

Azad has said that he will launch a new party soon and the first unit will be formed in Jammu and Kashmir in view of impending assembly polls.

Azad has been Chief Minister of Jammu and Kashmir from 2005 to 2008. Notably, Rahul Gandhi and a string of party leaders will also hold a 'Mehangai Par Halla Bol' rally at Ramlila Maidan in Delhi today. With Azad signalling that he will float a new party, several leaders have resigned from the Congress in Jammu and Kashmir.

Former Jammu and Kashmir Deputy Chief Minister Tara Chand are among 64 leaders who have resigned from the Congress. Over 36 Congress leaders including leaders of the National Students' Union of India, the youth wing of the Congress party, from various universities in Jammu have submitted their resignations in solidarity with Azad.

According to sources, the leaders submitted their resignations to Congress interim President Sonia Gandhi. The General Secretary of NSUI-J&K unit, Manik Sharma in his resignation letter said, "I support resignation of Ghulam Nabi Azad from Congress party. I am fed up with the favouritism in the party. The work of ground-level workers doesn't matter in the party. This is the reason why we failed in 90 per cent of the elections."

In his resignation letter to Sonia Gandhi, Azad had targeted party leadership, particularly Rahul Gandhi, over the way the party has been run in the past nearly nine years. In the hard-hitting five-page letter, Azad had claimed that a coterie runs the party while Sonia Gandhi was just "a nominal head" and all the major decisions were taken by "Rahul Gandhi or rather worse his security guards and PAs".

While Azad took potshots at Sonia Gandhi in the letter, his sharpest attack was on Rahul Gandhi and he described the Wayand MP as "non-serious individual" and "immature".