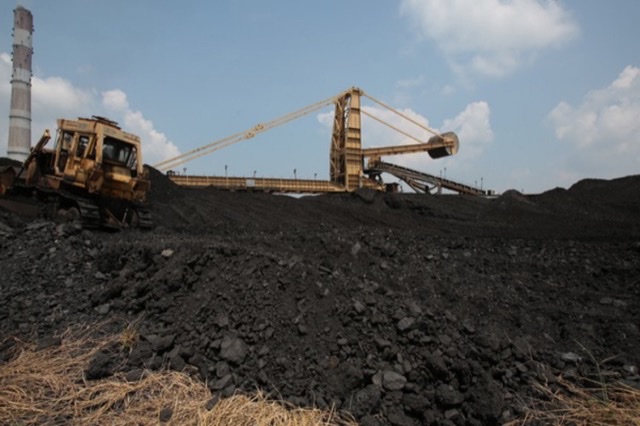 The Delhi government has expressed its concern over the possible shortage of coal in power plants that supply electricity to the national capital and has written a letter to the Central Government urging it to ensure adequate coal supply.

Delhi Power Minister Satyendar Jain held an emergency meeting at Delhi Secretariat in this context on Thursday and also wrote a letter to the Central Government requesting its intervention so as to provide enough coal for the power plants supplying electricity to the national capital.

"At present, there is a shortage of coal in various thermal stations supplying electricity. National Thermal Power Corporation (NTPC)'s Dadri-II and Jhajjar (Aravalli), both power plants were established primarily to meet the power requirement in Delhi. However, there is very little stock of coal left even in these power plants," Jain said in a statement.

In NTPC's Dadri-II power plant, only a day's worth of stock left and in Jhajjar (Aravalli), only 7-8 days' worth of stock is left, as per the Delhi government. The Dadri-II, Unchahar, Kahalgaon, Farakka and Jhajjar power plants in Delhi supply 1751 MW of electricity per day, officials said in today's emergency meeting. Noting that Delhi gets the maximum supply of 728 MW from Dadri-II Power Station, while 100 MW from Unchahar Power Station, officials said that in such a situation, due to disruption of power supply from these two power stations, there may be a problem in 24 hours power supply to many essential institutions including Delhi Metro and Hospitals.

Jain said that the Delhi government is monitoring the situation closely and making every possible effort to ensure that people do not face power outages in some areas of the national capital. Presently, 25 per cent to 30 per cent of the electricity demand in Delhi is being met through these power stations, which are facing a coal shortage, he added.

"These power stations play an important role in preventing blackouts in some parts of Delhi and are also essential to ensure the continuous supply of electricity to DMRC, hospitals, and to the people of Delhi in the upcoming summer season. The Delhi Government has made an appeal to the Center to intervene and provide for an adequate supply of coal in the power plants that supply electricity to Delhi in case there is a shortage, to ensure that people in Delhi receive an unrestricted 24 hour supply of electricity," Jain said.

For the first time in April, Delhi's peak power demand clocked 6000 megawatt (MW) as the unabated heatwave continues to push the power demand to newer highs. On Wednesday, the power demand was 5786 MW and it has increased by around 3.7 per cent in just 24 hours. Peak power demand in the BRPL area of South and West Delhi today clocked 2549 MW and 1375 MW in the BYPL area of East and Central Delhi, as per the data by the discoms.