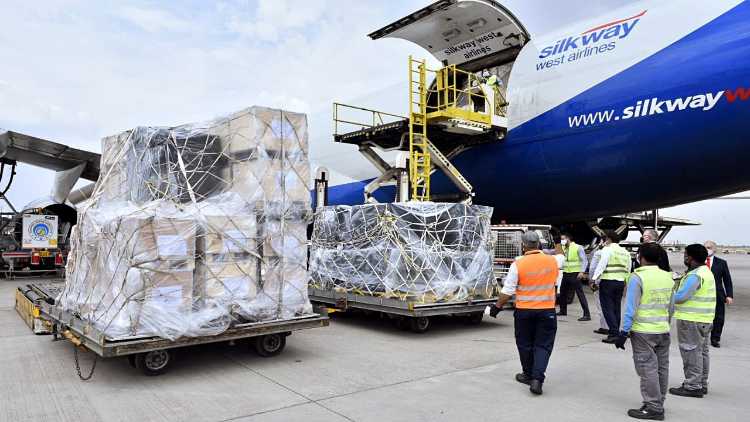 The 2nd shipment from Ireland carrying 2 oxygen generators, 548 oxygen concentrators, 365 ventilators & other medical equipment that arrived in India on Tuesday

On media reports that oxygen concentrators are pending at the Customs warehouse for getting clearance from the authorities, the Central Board of Indirect Taxes and Customs (CBIC) has clarified that there is no such pendency with the Customs and the "news is totally incorrect", the health ministry said in a statement on Thursday.

According to the ministry, the Customs is swiftly clearing all consignments and no such figures of pendency exist across any port of import. In all, 3,000 oxygen concentrators have been received from various countries as global aid to support efforts of the Central government and the states and union territories in their collective fight against the global pandemic.

"Of these, Mauritius has sent 200 oxygen concentrators, Russia (20), UK has sent in four consignments (95+120+280+174), 80 from Romania, 700 from Ireland, Thailand (30), China (1000) and Uzbekistan (151). In addition, Taiwan has sent 150. The oxygen concentrators are either delivered to the identified tertiary care institutions or been dispatched for delivery. The relief material has been dispatched through road and air too. There are no oxygen contractors lying in the warehouse of the Customs Department," the statement read.

"The Indian Customs is sensitive to the need for availability of COVID-19 related imports including oxygen and oxygen related equipment, and are working round the clock to fast track and clear the goods on arrival and lead to expeditious clearance within hours. The goods are given high priority for clearance by the Customs systems for processing over others. While the Nodal officers get alerts on email for monitoring and clearance, monitoring by senior officers for the pendency of COVID-related imports is also being undertaken.

"Recently the matter regarding a consignment of 3,000 oxygen concentrators lying with Customs authorities came up in the Delhi High Court and the same was clarified by the government counsel that presently no such consignment is pending with Custom authorities," it added.

The ministry of finance had also clarified the matter through an official release on May 3 in response to the flooding of social media with the news that 3,000 oxygen concentrators are lying with Customs.

The ministry stated, "We have again checked with our field formations and there is no such consignment lying with the Customs. However, since a photograph has also been put on twitter, if anybody has information as to where it is lying, the same may be informed to us and we will take immediate action."