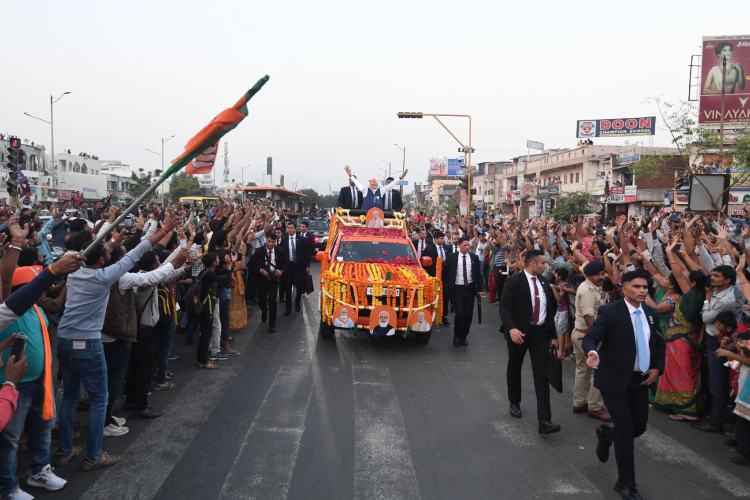 With attendees of over 10 lakh, it was Prime Minister's largest and longest roadshow in the country, as it spanned around 50 kilometres and passed through as many as 14 Vidhan Sabha seats - 13 from Ahmedabad and one in Gandhinagar.

The mega roadshow of PM Modi started from the Naroda Gam and ended at Gandhinagar South constituency. PM Modi made at least 35 stops at memorials of prominent personalities, including Pandit Deendayal Upadhyay, Sardar Vallabhbhai Patel and Netaji Subhas Chandra Bose, on the way.

It took around 4 hours for the Prime Minister's convoy to traverse this distance.

Gujarat saw over 60 per cent voting in the first phase of assembly elections that were held on Thursday.

The fate of 788 candidates in 89 constituencies spread across 19 districts has been sealed in ballot boxes.