Prime Minister interacting with awardees and Mohammad Shadab (In the USA)

“Many problems are solved if you look for the resources available around you; just need to know the ground reality.” These words of Prime Minister Narendra Modi made during his conversation with the children who were awarded for their bravery has filled Mohammad Shadab’s heart and mind with enthusiasm and yearning to make it big no matter what resources they have.

“My personal experience is that the encouragement of Prime Minister Modi can change the yearning, thinking, and direction of one's life,” said Mohammad Shadab of Aligarh after receiving the award and interacting with Modi.

Shadab was one among 61 children who were conferred the Pradhan Mantri Rashtriya Bal Puraskar (Prime Minister’s award for bravery by Children) by Prime Minister Narendra Modi on Monday through video conferencing. The children who received the award were selected over two years and due to the Covid-19 pandemic, the award ceremony was put off last year. 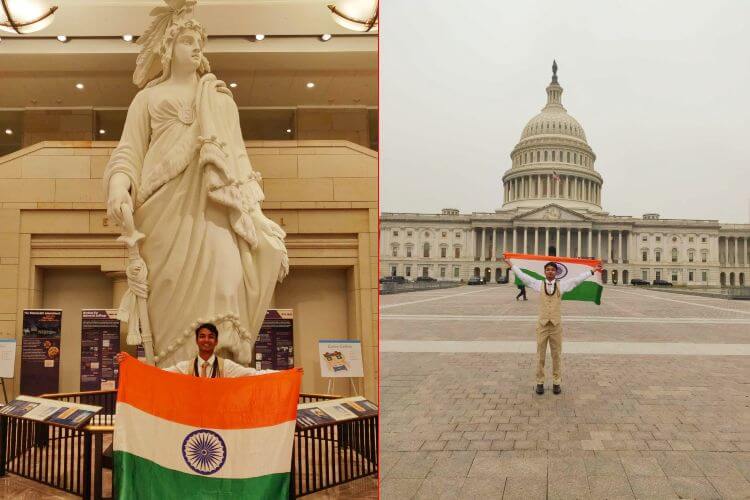 A Proud Indian -Mohammad Shadab in the USA

Mohammad Shadab, a bright student from a family of modest means who live in Jamalpur, Aligarh Civil Lines, came into the limelight when he was studying in the 9th class in the Manto circle School of Aligarh Muslim University.

He was selected for All India Access Pre-English Camp, Mumbai. At the camp, American trainer Tom gave information about the Kennedy Luger Youth Exchange and Study Scholarship.

“I studied hard and scored 97.6 percent and topped the school,” says Shadab.

Mohammad Shadab had studied Urdu medium till the ninth standard. He says “there is no obstacle; your hard work and confidence is important.”

Mohammad Shadab says knew he is from a financially weaker family but he never let despair overwhelm him. “I believe that instead of making excuses, one should find and use the resources around him. Take advantage of them. It makes the path easier for you and also opens up new avenues.” 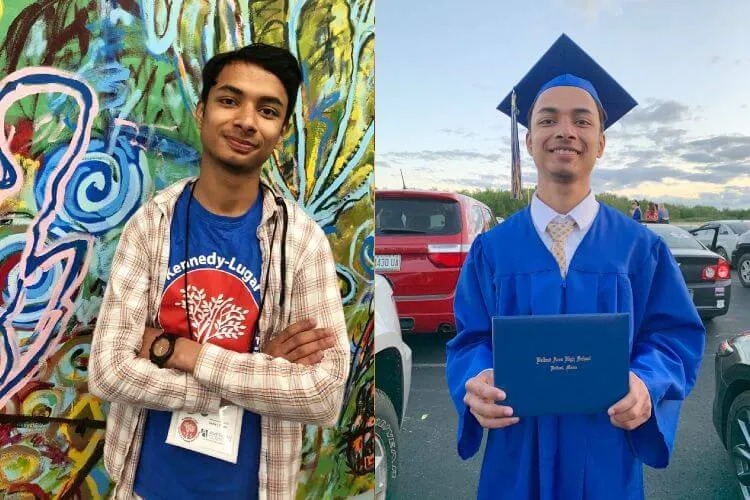 Mohammad Shadab's father is a motor mechanic in Aligarh. Shadab said, “My parents always asked me to do something in life for which the country will remember me.”

Shadab says that after his academic achievement, he was selected for the 'National Children's Award' award given on the occasion of Republic Day in January last year. At that time, he spoke to Prime Minister through video conferencing. It was a memorable experience.

“The Prime Minister asked me who inspired me. I replied that my parents and teachers were his sources of encouragement. It is as if a teacher is talking. Because of which he was taken care of. It is the quality of his leadership that makes him stand out,” he says.

Talking to Awaz-the Voice, Mohammad Shadab said this time, due to technical snags he couldn’t speak with Modi during the online conferring of the award but what he heard him say to others was enough for him to feel energized. 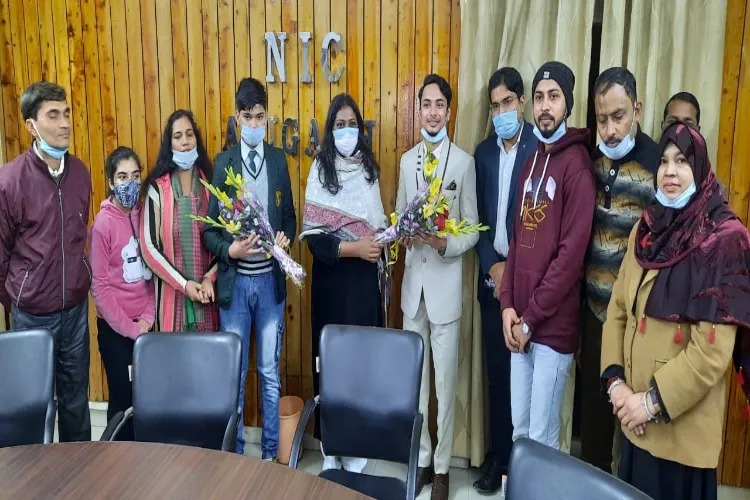 Mohammad Shadab being greeted at the Aligarh district administration offfice.

“PM Modi told us that you are the future of the country and therefore must keep moving ahead in life and; play your part in building the country without feeling pressure. Such things play an important role in instilling enthusiasm and confidence in children. I have experienced it,” Shadab said.

Mohammad Shadab says that PM Modi said that we should adopt local i.e. indigenous goods so that the country's economy is strong and we can become self-reliant in every field. For this, we have to ignore foreign goods.

Referring to the statue of Netaji Subhash Chandra Bose, Modi told the children that “if you make the words and thoughts of such personalities a part of your life, you will have a bright future.”

With the American scholarship, Mohammad Shadab spent a year studying in an American school with other 500 children from 9th to 12th. He was also voted Student of the Month in February 2020. He returned after a year. He says, after returning from the United States, “I felt that I could learn more and follow the path of success. Unfortunately, my scholarship was only for one year. But they say don't get discouraged. Allah makes the way. The same thing good happened to me too.”

Mohamed Shadab is grateful to AMU alumni, philanthropists, his Moroccan host family in the USA, and Madison East High School for facilitating his stay and studies in the United States. 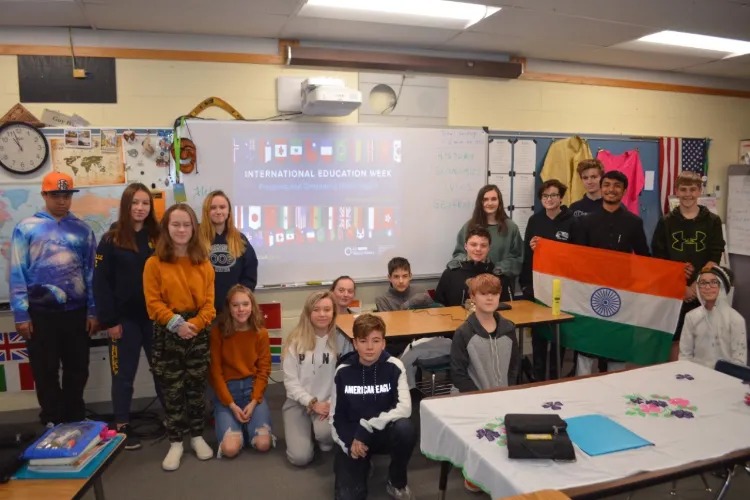 Mohammad Shadab with American students in the USA

Shadab was greatly assisted by Masood Akhtar, an AMU alumnus in the United States

Shadab told Awaz-the-Voice that his dream is to represent India at the United Nations as a human rights officer. He wants to become an IAS. "While studying in the United States, I had time to think about the world," he says. “At first, I only thought about my city and country. The world is huge. All countries should live together.”

Mohammed Shadab says that mother Zarina Begum and father Arshad Noor are not educated but they are leaving no stone unturned to educate their children. Today, he says, everyone is realizing that education is the only way to improve lives and contribute to the making of a better society and nation-building.