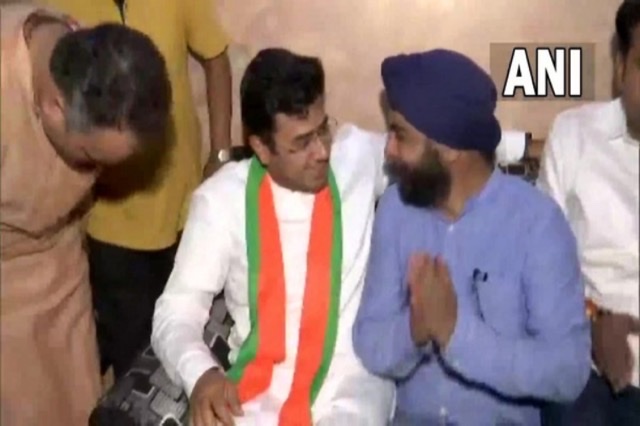 Punjab High Court held a midnight hearing on Saturday and directed the state police not to take any coercive action against Bharatiya Janata Party (BJP) leader Tajinder Bagga until the next date of hearing, said South Bengaluru MP Tejaswi Surya.

Taking to Twitter, Surya expressed his exhilaration and said one more victory for justice and rule of law. Earlier on Saturday, Punjab Police sought a non-bailable warrant against Bagga from a local court. Punjab Police said an application for issuance of an arrest warrant against accused Tejinderpal Singh Bagga has been filed.

There is no stay regarding the arrest of accused Tejinderpal Singh Bagga in the present FIR nor any anticipatory bail application moved by the accused. He has further got recorded that one Habeas Corpus petition filed by the State of Punjab is pending before the High Court for May 10, which is also connected with the present FIR. Notably, Mohali court in Punjab on Saturday issued an arrest warrant against Bharatiya Janata Party (BJP) leader Tajinder Pal Singh Bagga and instructed police to arrest him and produce him before the court Notably, Bagga reached his residence in Delhi on the intervening night of Friday and Saturday after he was detained by Punjab Police in the national capital yesterday.

After this, he claimed that the Punjab police had barged into his home in large numbers and arrested him "as they do it with a terrorist". Earlier in April, Bagga had claimed that the Punjab police officials reached his home while he was in Lucknow to arrest him without informing the Delhi police. Bagga said that the Aam Aadmi Party (AAP) registered an FIR based against him on the basis of a "trimmed" video from his remarks on a television show where he had sought an apology from Kejriwal for his speech on the exodus of Kashmiri pandits in the Delhi Assembly in March.

Bagga also slammed Delhi Chief Minister Arvind Kejriwal for "illegally" detaining him and said that his detention is an attempt to give a message that whosoever speaks against the AAP supremo would be termed the "biggest terrorist" and not spared. Earlier on Saturday, BJP MP Tejasvi Surya met Tajinder Pal Singh Bagga & his father at their residence in the national capital.