Rajnath Singh seeks out US companies for co-development 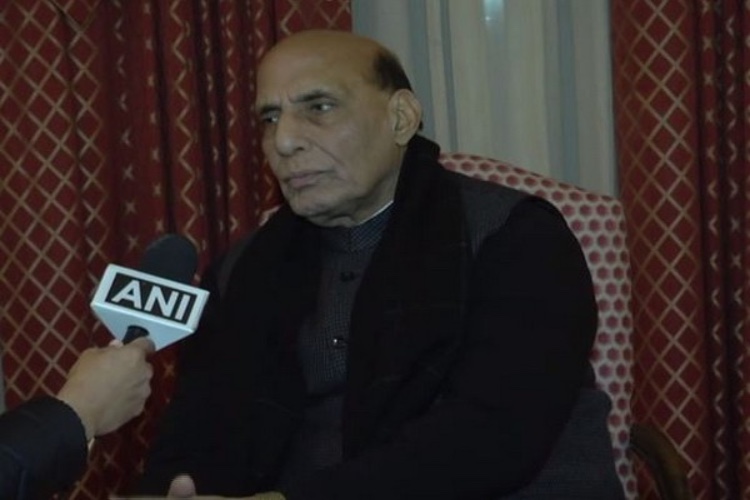 Defence Minister Rajnath Singh on Monday (local time) said that he has appealed to the US companies and equipment manufacturers for co-development and co-production in India. In an exclusive interview with ANI in Washington DC, Singh said that during the US-India 2+2 Ministerial Dialogue, the US responded positively to India's policy of "Atmanirbharta (self-reliance)".

"As far as the US is concerned, they responded positively on 'Atmanirbharta' (self-reliance)'... no negativity in talks," he stated. "I have appealed to the American people, their companies, equipment manufacturers that they are welcome in India while calling upon them for co-development and co-production in India," he added.

Reacting to the US talking about providing affordable defence systems, Singh said, "Price affordability will benefit only when we require, or can't produce...We will buy it from outside when it's required..." Speaking on India's dependence on Russian spare parts and the problems India might face in the future because of the Russian-Ukrainian conflict, he said that "India can aptly deal with all kinds of problems and challenges".

Reacting to the change of guard in Pakistan, Singh said that he wished the new Prime Minister (Shebaz Sharif) all the success in curbing terrorism in his country. Notably, Shehbaz Sharif was elected as the 23rd Prime Minister of Pakistan on Monday after the ouster of Imran Khan through a no-confidence motion in the National Assembly. Meanwhile, the US-India 2+2 Ministerial Dialogue between Secretary of State Antony Blinken and Secretary of Defence Lloyd Austin and External Affairs Minister Dr S Jaishankar and Defence Minister Rajnath Singh was held on Monday in Washington.

Pentagon said in a statement said defence and foreign ministers of the two countries forged new and deeper cooperation across the breadth of the US-India partnership, including defence, science and technology, trade, climate, public health, and people-to-people ties.