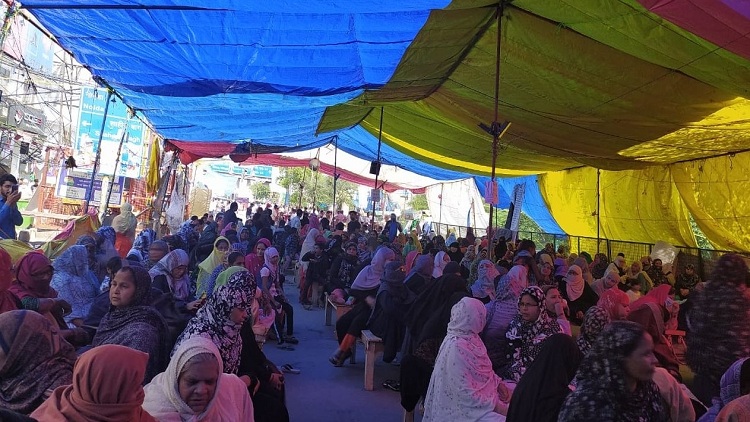 The hopes of a dozen activists seeking review of the October 2020 ruling of the Supreme Court, terming the anti-CAA protest at Shaheen Bagh "illegal", were dashed to the grounds again, as junking their review plea, the top court said "the right to protest cannot be anytime and everywhere".

A three-judge bench of Justices S.K. Kaul, Aniruddha Bose and Krishna Murari did not budge from the previous ruling.

"The right to protest cannot be anytime and everywhere. There may be some spontaneous protests but in case of prolonged dissent or protest, there cannot be continued occupation of public place affecting rights of others," said the top court, dismissing the review petition filed by Kaniz Fatima and 11 others.

The top court also junked their request for an oral hearing of the review petition in open court. "We have considered the earlier judicial pronouncements and recorded our opinion that the Constitutional scheme comes with a right to protest and express dissent but with an obligation to certain duties," said the top court.

In the October ruling, the top court had made it crystal clear that a protest was supposed to be held at designated places and the police have rights to remove persons holding protest outside designated places. Making a critical observation, the top court had then said: "The Shaheen Bagh protest perhaps no longer remained the sole and empowering voice of women, who also appeared to no longer have the ability to call off the protest themselves."

The Supreme Court had then said it cannot accept that an indeterminable number of people can assemble whenever they choose to protest, and cited the distinction between the manner of dissent against the colonizers and the expression of dissent in a democratic system.

The top court had stressed that India traces its foundation back to when the seeds of protest during our freedom struggle were sown deep, to eventually flower into a democracy.

"What must be kept in mind, however, is that the erstwhile mode and manner of dissent against colonial rule cannot be equated with dissent in a self-ruled democracy," said the top court in October ruling.

The protest began on December 15, 2019 and ended only after a lockdown imposed by the Centre on March 24 last year in order to curb the spread of Covid-19. The protest blocked the road and led to traffic snarls at Shaheen Bagh, which was cited by Amit Sahni, a resident of Delhi, who filed a PIL before the top court, resulting in the October 7 verdict.

In the review petition, the petitioners had contended, "Prima facie the order under review appears to be giving way to an unrestricted sanction to the police to take action by misusing these observations."

The petitioners argued that such observations may prove to be a license in the hands of the police to commit atrocities on legitimate voice of protest, especially protesters coming from vulnerable sections of the social strata.

Dismissing the review, the top court said it has perused the "Review Petition and record of the Civil Appeal and are convinced that the order of which review has been sought, does not suffer from any error apparent warranting its reconsideration."