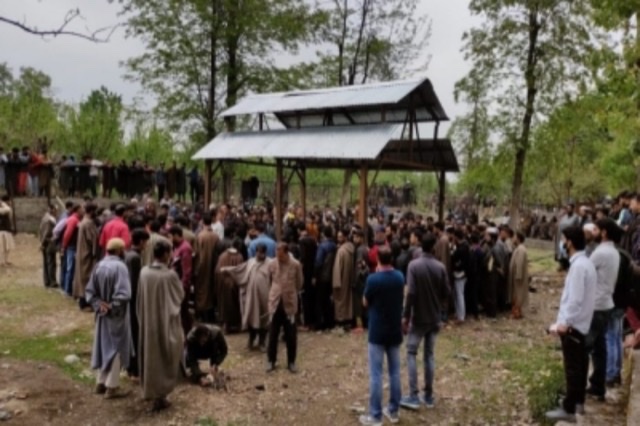 Scores of people, most of them local Muslims, on Thursday attended the last rites of the Hindu man killed by militants in J&K's Kulgam district.

Satish Kumar Singh, of Kakran village in Kulgam, was shot and injured by militants on Wednesday and succumbed in a Srinagar hospital during the night. Scores of Muslims from Kakran and adjacent villages helped perform the last rites of Singh according to Hindu rituals. Singh is survived by his wife and 3 daughters.

As his body reached Kakran on Thursday, people came out in large numbers to mourn his death and express sympathy with the bereaved family.

Local Muslims from Kakran and other adjacent villages have expressed shock over the killing which has also been widely condemned by various religious and political leaders.