TN police on high alert over regrouping of LTTE 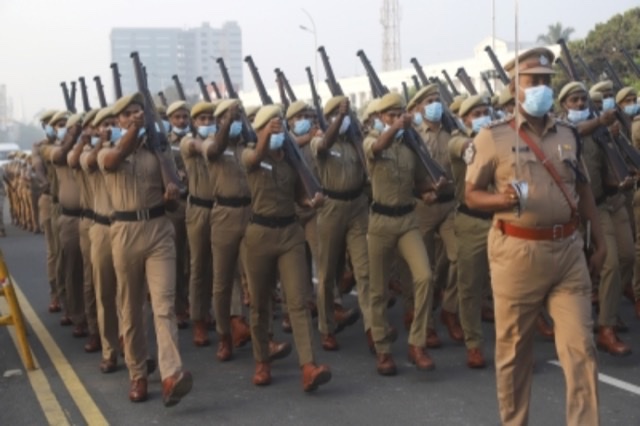 The Central agencies and the elite ‘Q branch of the Tamil Nadu police are on high alert after the National Investigation Agency (NIA) used the Unlawful Activities Prevention Act (UAPA) against three people in a fake passport case which was registered in the state in October 2021 by the ‘Q branch.

The NIA registered the case after intelligence inputs regarding former members of the Liberation Tigers of Tamil Eelam (LTTE) trying to raise funds to support the activities of the now-defunct movement in Tamil Nadu. A few former operatives of the banned terror outfit based out of Europe were trying to withdraw the unutilized funds of the LTTE from several accounts in India.

The ‘Q' branch had arrested a woman, Mary Francisco (51), who is a Sri Lankan national settled in Canada and who was used by the LTTE operatives from Denmark and Switzerland to withdraw the money from a Mumbai based bank using fake identities. The police had arrested her after a tip-off from central intelligence agencies with a fake Indian passport at Chennai airport. The police also arrested a Sri Lankan national from Tiruchi airport and another person from Madurai airport and on questioning they tried to pass it off as just fake passport cases.

However, acting on tip offs from the central agencies, the NIA took over the case in January 2022 and registered a case under the UAPA against the offenders as they were specifically deployed to withdraw unutilized funds of the LTTE and to try and revive the movement in Tamil Nadu. Several organisations with a Tamil identity including NGOs were under the watch of the central agencies after they tried to conduct webinars and public programmes against the Chinese investments in Sri Lanka. Sources in the central agencies told IANS that these organisations could possibly provide a cover to get ground support for Tamil nationalism in the rural areas of Tamil Nadu at the expense of the Chinese expansion.

The construction of a new port at Hambantotta in Sri Lanka with Chinese funding was becoming a matter of concern for Indian agencies. Mary Francisco had told the intelligence agencies that she was staying at Anna Nagar since the past two years and had obtained a PAN card, Aadhar card, Voter Identity Card and Indian passport with the help of a few agents. She told the interrogators that crores of rupees in unutilized funds were lying in several banks.

The modus operandi was to withdraw these funds using people like her with fake identities and to transfer this money to other accounts in India and abroad under the cover of some shell companies. Sources in the intelligence agencies told IANS that the woman and two of her associates had tried to activate the mobile number linked to an account with a nationalized bank in Fort Branch, Mumbai.

However the central intelligence agencies were tracking her movements and she was arrested. Prior to this, a former intelligence operative of the LTTE, Satkunam alias Sabesan (47), was arrested by the NIA in October 2021 for alleged involvement in the smuggling of drugs and arms from Pakistan.

The Tamil Nadu ‘Q' branch police had said that Satkunam had a close relationship with the Sri Lankan don, Ankola Lokka who died in Coimbatore where he was staying undercover. The NIA and the ‘Q' branch had after interrogating Sabesan and his aides Chinnasuresh and Soundararajan found that the proceeds from the sale of drugs from Pakistan to Sri Lanka were routed to India through a hawala network operated by one Jayaprakash, a Tamil person based in Bengaluru.

He was also arrested. The accused had informed the investigating agencies that the funds were used to finance LTTE activities in India. With the LTTE setting up its network using hawala transactions and drug money, and with some NGOs and political organizations acting as a front, a revival of Tamil nationalism is being planned in Tamil Nadu with the LTTE as the key focal point.

This is a worrying factor for the Indian intelligence agencies as the government does not want any banned organization working against a foreign government from its soil. Sources say that there would be a strict crackdown on the sympathizers and supporters of the defunct LTTE and other Tamil national movements if they try to create an atmosphere of support for the cause on Indian soil against the Sri Lankan government.