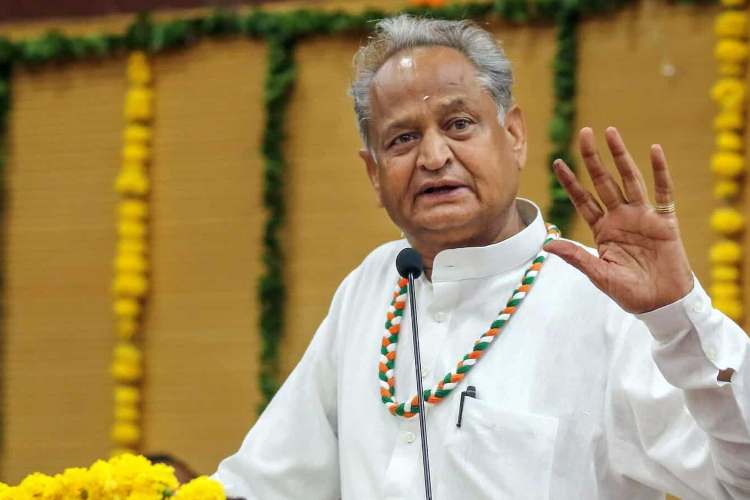 Rajasthan Chief Minister Ashok Gehlot on Thursday said that he will not fight for the post of Congress chief.

His remarks came after the veteran leader met with party's interim president Sonia Gandhi at her residence in Delhi.

"I met Rahul Gandhi in Kochi and requested him to fight the polls (for Congress President). When he didn't accept, I said I'll contest. But now with that incident (political crisis in Rajasthan), I have decided not to contest the elections," CM Gehlot said.

Gehlot also apologised for the ruckus in Rajasthan triggered by his loyalists over a possible leadership change in the state after Gehlot was set to file his nomination papers for the Congress chief polls.

Gehlot said that whatever happened in the state in the past two days had shocked everyone.

"I had a conversation with Congress interim president Sonia Gandhi. Whatever happened two days ago shocked us. It gave a message that all of it happened as I wanted to be CM. I apologised to her," said CM Gehlot addressing the media persons after meeting Sonia Gandhi.

On being asked if he will remain Rajasthan CM, Gehlot said, "I won't decide that, Congress chief Sonia Gandhi will decide that."

Also, today Madhya Pradesh Chief Minister Digvijaya Singh collected his nomination papers and announced that he is likely to file his nominations on Friday between 11 am to 3 pm.

Congress MP Shashi Tharoor has announced that he will submit his nomination for the post at 12.15 pm on Friday.

The Congress party will have a new president on October 19.