Will raise my voice against Bengal violence: Suvendu 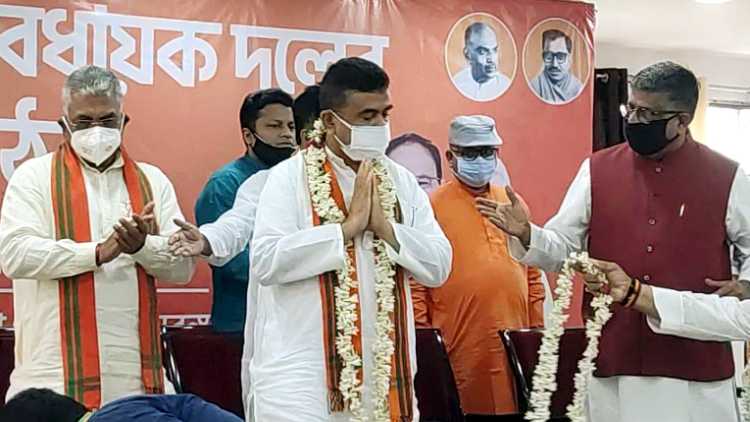 BJP MLA from Nandigram Suvendu Adhikari on Monday said that he will raise his voice against the post-poll violence in West Bengal.

"I will work to fulfill the expectations of the people of the state. I will help the government for its positive efforts but also raise my voice against the violence going on in the state," Adhikari said after being elected as the Leader of Opposition of West Bengal Assembly.

Speaking on CID summoning 6 CISF personnel in Sitalkuchi firing incident, he said, "It does not come under the purview of CID because CRPF and CISF comes under the Home Ministry. CID is doing it on the directions of Mamata Banerjee and Trinamool Congress (TMC)."

Earlier in the day, Adhikari, who defeated Mamata Banerjee in an electoral battle in Nandigram, was elected as the Leader of the Opposition in West Bengal Assembly.

On May 7, a four-member team deputed by the Ministry of Home Affairs had visited the Diamond Harbour area of West Bengal's South 24 Parganas district to assess the ground situation.

A five-member Constitution Bench of the Calcutta High Court had also ordered West Bengal Home Secretary to file a report mentioning the places where the violence occurred and the steps taken.