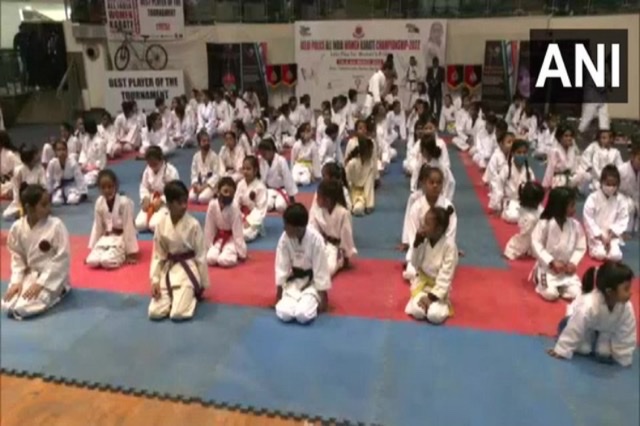 On the eve of International Women's Day, Delhi Police organised an All India Women's Karate Championship at Talkatora Stadium in New Delhi on Tuesday.

The NCW's Chairperson congratulated the men and women and said, "We need to change the thought process that women cannot go out. There is a need to change the mentality of men, it is important to teach men what their responsibility towards women is. Girls should learn self-defence." "Till now, there was a mentality that a woman must go out in the company of their brothers and fathers. I think women who can learn self-defence can protect even their brothers. I think we need to people need to give respect to women the same way they respect their sisters at their homes. Only then the atmosphere for the women must change," she added.

International Women's Day is celebrated on March 8 every year.