A PFI activist being produced before a magistrate in Kochi, Kerala

Big brother is watching. And he’s still watching as the State police, NIA and ED complete their probe following the crackdown on the Popular Front of India, one of the biggest multiple agency operations in recent times unfolds.

This is the message which has gone loud and clear after the early morning swoop downs of multiple investigative agencies. The operation was carried out with remarkable precision under the leadership of Union Home Minister Amit Shah.

The whole operation, sources said, was mapped by none other than the National Security Advisor Ajit Doval under the directions of the Home Minister. The action is being described as the one which has become a benchmark in the professionalism of multi-agency coordinated action.

They said Doval’s experience of more than four decades in the Intelligence Bureau operations was instrumental for the multiple agencies in carrying out a successful operation of this magnitude.

Everything is said to have gone as planned, not a single bullet was fired to overpower the suspects. As they say ninety percent planning and ten percent execution.

The ultimate success of the operation is gauged by the outcome which will entirely depend on how the agencies deduce the evidence collected during the raids and can get convictions, but it was indeed an operation carried out with full precision and secrecy associated with operations carried out by world’s top law enforcement agencies. 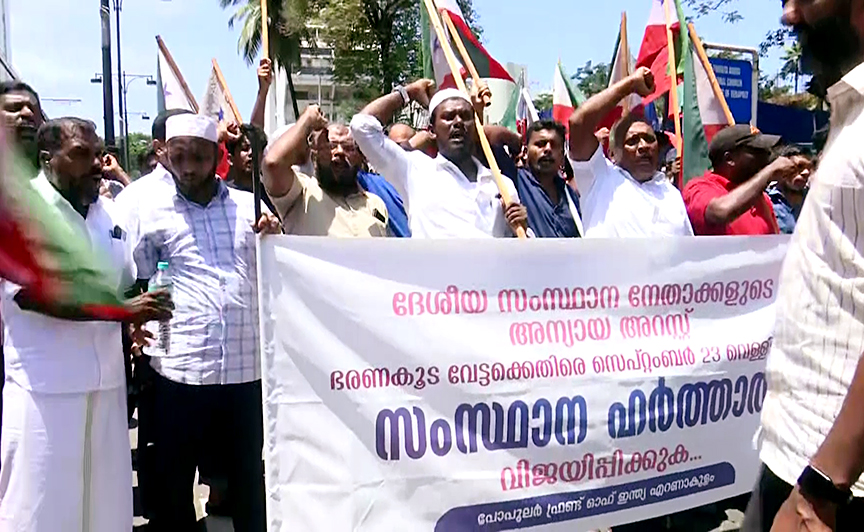 A special control room was set up in New Delhi to plan and monitor the operation. IB was on board from the very beginning, Doval’s deep understanding of the working of the country’s largest intelligence gathering organization was crucial in making the operation flawless.

Sources said the NSA and Director of Intelligence Bureau and top officials of the associated agencies were frequent visitors to the control room for the planning and on D-Day.

The control room is still monitoring the developments even after the raids and more action would be planned and carried out based on the feedback from the agencies if required.

Sources said IB played a major role in preparing the ground, sleuths had been monitoring the activities of PFI operatives for months. They had mapped every move of every identified PFI operative with high precision. The operations were also carried out in non-BJP ruled states including Andhra Pradesh, Telangana, Bihar, Kerala, and Rajasthan.

Even on the day of the operation, the intelligence agency helped state police, NIA and ED spot the targets with great precision. This was crucial as the local IB sleuths helped officers of the central agencies like NIA and ED reach the right targets.

Months of spadework by IB led to swift execution by the NIA, ED, and at least 15 state police officers in which more than 1500 personnel were roped in. Ninety-three locations in 15 states carried out simultaneous raids on early Thursday morning.

The raids were carried out at houses and offices of leaders of PFA and its allied organisations which led to the arrest of 106 suspects. Among the arrested is PFI co-founder P. Koya, also an erstwhile member of the banned Students’ Islamic Movement of India (SIMI), PFI chairman O.M.A. Salem and Social Democratic Party of India (SDPI) president E. Aboobacker, along with other PFI members.

As per the reports out of the 106 arrests made in the raids, NIA arrested 45 people involved in five cases registered by the agency in the past year — one in Hyderabad, three in Delhi, and one in Kochi — while the others were taken into custody by the ED and local police forces.

Of the 45 arrests made by the NIA, 19 accused were arrested from Kerala, 11 from Tamil Nadu, seven from Karnataka, four from Andhra Pradesh, two from Rajasthan, and one each from UP and Telangana.

NIA is probing 19 cases involving members of the PFI and it claims that it had specific inputs that the PFI leaders and cadres were involved in the funding of terrorism and terrorist activities, organizing training camps for providing armed training, and radicalizing people to join proscribed organizations like ISIS.

Reports have suggested that the Phulwari Sharif probe helped agencies unearth evidence in the form of documents that showed the operatives of the outfit were allegedly instigating youths to take violent actions. Other pieces of evidence were also put together to conclude that the outfit was involved in the large-scale anti-establishment mobilization of people.

The raids were carried out in Tamil Nadu, Karnataka, Andhra Pradesh, Telangana, Uttar Pradesh, Rajasthan, Delhi, Assam, Madhya Pradesh, Maharashtra, Goa, West Bengal, Bihar, and Manipur and “incriminating evidence”, including some sharp-edged weapons and documents were seized. However, so far no reports of firearm recovery from the possession of the arrested persons have come.

ED said the agency is investigating money laundering charges against PFI members and the sources of funds received by the outfit are also being looked into.

PFI has described the crackdown as a “witch-hunt” but the fact is that the outfit had become an agency for agitating the minds of people, especially innocent Muslims, who were getting influenced by the propaganda. This had become a big concern for the Government and that’s why the large-scale action was carried out against its operatives.

Very few political leaders have come in support of the outfit, but largely all major political parties have not opposed the government action. Even some Muslim organizations like Muslim Student Organisation of India, All India Tanjim Ulema-e-Islam, Kul Hind Markazi Imam Council, and All India Muslim Psmanda Muslim Mahaj have said in their statement that if the action has been taken to comply with the law and prevent terrorism, then everyone should have patience.

A large section of the Muslim community believes violent actions cannot serve anybody’s purpose and may further complicate the situation and vitiate the country’s atmosphere. Indulgence in anti-national activities cannot be supported in any way.