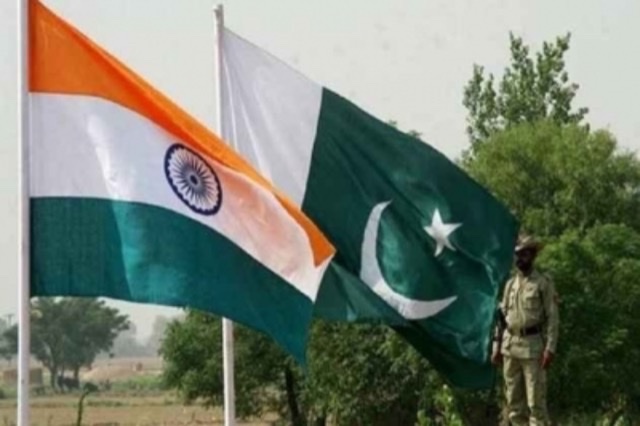 India has warned Pakistan that it will continue to act firmly and decisively against cross-border terrorism while it is also committed to resolving issues bilaterally in a terror-free atmosphere. Madhu Sudan, a counsellor in India's Permanent Mission, said on Tuesday, "Any meaningful dialogue can be held only in an atmosphere free of terror, hostility and violence.

The onus is on Pakistan to create such a conducive atmosphere." "Till then, India will continue to take firm and decisive steps to respond to cross-border terrorism," he warned while responding to an attack on India by Pakistan's Permanent Representative Munir Akram at the Securit Council.

"India desires normal neighbourly relations with all countries, including Pakistan, and is committed to addressing outstanding issues, if any, bilaterally and peacefully in accordance with the Simla Agreement and the Lahore declaration," Sudan said. The Shimla Agreement signed in 1972 by Prime Minister Indira Gandhi and Zulfiqar Ali Bhutto, who was then the president of Pakistan, committed the two neighbours to resolve their differences bilaterally.

In the 1999 Lahore Declaration signed by Prime Ministers Atal Behari Vajpayee of India and Nawaz Shari of Pakistan the two countries undertook to resolve Kashmir and other disputes through bilateral dialogue. Sudan said that given Islamabad's history of being the patron of terrorists, "most terrorist attacks around the world have their origin, in some form or the other, to Pakistan." Illustrating Sudan's point, in the most recent terrorism case in the US, a Briton of Pakistani descent took hostages at a Jewish synagogue in Texas demanding the release of convicted Pakistani terrorist Aafia Siddiqui, whose freedom Pakistan Prime Minister Imran Khan had sought. Sudan said, Pakistan "is a country which has been globally recognised as one openly supporting, training, financing and arming terrorists as a matter of State policy. It holds the ignoble record of hosting the largest number of terrorists proscribed by the UN Security Council."

The topic of debate at the Security Council was "Protection of civilians in armed conflict: Wars in cities - protection of civilians in urban settings," but Akram veered off into a lecture about Kashmir repeating accusations against India of occupation and human rights violations there. Irrespective of the topic at hand, Pakistan brings up Kashmir at the UN and Sudan likened Akram's speech to a Pavlovian reaction. Speaking earlier during the debate on behalf of India, an elected member of the Security Council, Permanent Representative T.S. Tirumurti said, "Any debate on protection of civilians in urban areas would be incomplete without taking into account the carnage wrought by terrorist forces, especially those backed by state actors." "We are already witnessing the effect of urban warfare and terrorist attacks in cities," he said.

The 2008 terrorist attack on Mumbai that resulted in the killing of 166 civilians from 15 countries "epitomise the sheer scale and scope of urban warfare that we had to mount against jihadi terrorists when our police personnel had to put their lives on the line to secure the city's safety," Tirumurti said. Sudan pointed out that "the perpetrators of the heinous terror attack in Mumbai in 2008 continue to enjoy patronage of the state which he (Akram) represents." Akram returned to give a response to Sudan, grandstanding on two points that were non-sequiturs. He asked if India would abide by Article 25 of the UN Charter that states that members agree to carry out the decisions of the Security Council. But a Security Council resolution adopted on April 21, 1948, in fact, demands a Pakistani withdrawal from all of Kashmir, which Islamabad continues to defy.

The resolution asks Pakistan "to secure the withdrawal from the State of Jammu and Kashmir of tribesmen and Pakistani nationals not normally resident therein who have entered the State for the purpose of fighting, and to prevent any intrusion into the State of such elements and any furnishing of material aid to those fighting in the State." Akram asked if Indian leaders would denounce the December 17 statements in Haridwar calling for genocide of Muslims.

However, two of the leading figures at that meeting of Hindu fringe elements, Yati Narsinghanand Giri and Jitendra Narayan Tyagi, have already been arrested and are being prosecuted for hate speech. Tyagi was known as Wasim Rizvi before his conversion to Hinduism. In his speech, Tirumurti touched on the gnocide committed by Pakistani forces in Bangladesh. While there are contemporary examples of the devastation caused by urban conflicts in Afghanistan, Syria and Yemen, Tirumurti reminded the Council of the experience of the civilian population of Bangladesh, which celebrated the 50th anniversary of its final liberation last month.

"There are other countries as well which are still reeling from military actions carried out in the past either without due consideration for protecting civilian population, or through deliberate targeting of civilians amounting to genocide as was done in the erstwhile East Pakistan in 1971, now Bangladesh," Norway, which holds the Council's presidency this month, organised the debate.

Its Prime Minister Jonas Gahr Store, who presided over the session, and UN Secretary-General Antonio Guterres focused on war or civil war type of situations, but Tirumurti drew attention to the havoc caused mostly in urban areas by terrorists and the toll on civilians. Guterres said that to deter attacks on civilians, UN members "must demonstrate the political will to investigate and prosecute alleged war crimes to the maximum extent, whenever they occur."

He said that parties to conflicts "should adapt their choice of weapons and tactics when they wage war in cities, recognising that they cannot fight in populated areas the way they would in open battlefields." He added, "The facts on the ground underline the need for warring parties to avoid the use of explosive weapons with wide-area effects in populated areas." Norway's Prime Minister Store said, "Civilians must be protected whether or not the individual military attack is considered legal. This is not just a question of complying with IHL, International Humanitarian Law."

He added, "The choice of weapons and methods of warfare must be adapted to the urban context. The use of weapons designed for the open battlefield, including heavy explosive weapons should be minimised in urban areas." 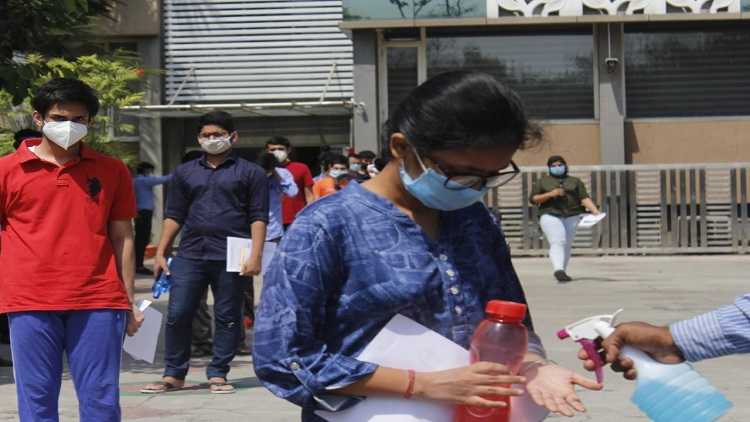