Social media and a changing environment in the Valley have helped this sleepy Muslim village located on the slopes of snow-bound hills in central Kashmir showcase its connection with Epic Ramayana. Though Ramayana is a local folklore passed on from one generation to the other through storytelling but it’s lately that the world discovered Sitharan as a Ramayana site.

Sitaharan also called Sutharan is home to some 7,000 Muslims and is located about 40 km from the district headquarters of Budgam town. Budgam is also a railway head. 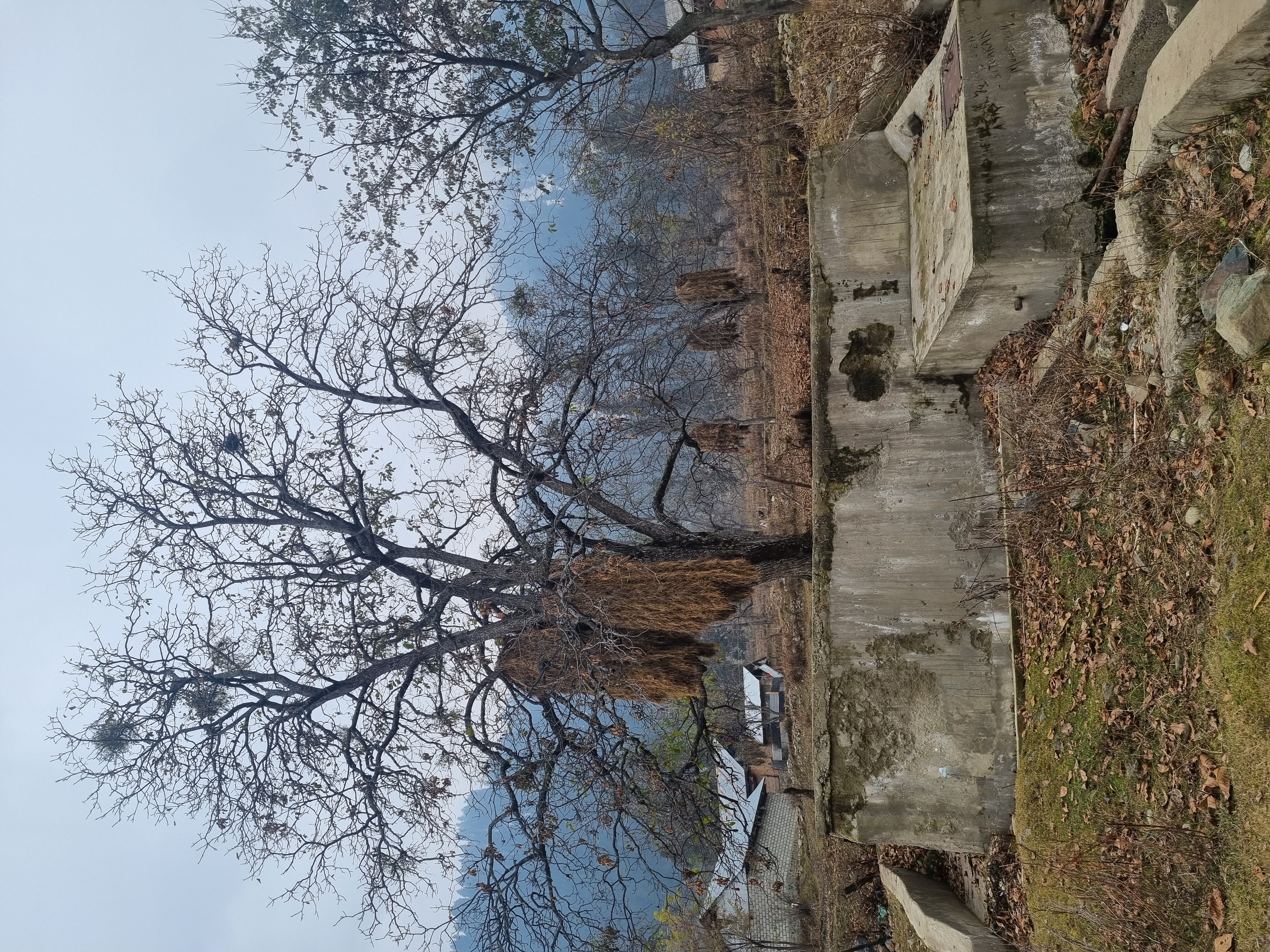 Sita Naag of Sitaharan village, a perennial source of drinking water for the area

Interestingly, the spiritual ambiance of the village is enhanced by a six-century-old shrine of Kashmir’s great Sufi Saint, Sheikh Noor-ud-Din Noorani, where he is believed to have meditated for 12 years. Also called Nund Rishi, the saint is revered by both Muslims and Hindus.

Speak to anyone in the village to know Ramayana's story and their place's connection to it. The Muslim village has retained its Sanskrit name “Sitaharan” made of Sita and Harran (meaning Abduction). Locals believe Sita, wife of Lord Rama, was abducted by King Ravana from this site when the couple along with Rama’s younger brother Lakshman was in their 14-year exile.

“Ram and Sita stayed here and Sita was kidnapped from the site of the spring,” says Abdul Rasheed Lone, Sarpanch of the village. Lone, a man in his thirties, says the couple and Lakshman had spent some years of their 14-year exile in the village. This oral history is known to even the youngest child in this village of 662 Muslim families.

He told Awaz-the Voice that there is a cave up in the mountains called “Ram’s Harr” or the abode of Rama. Sarpanch Lone says the cave has only one entry and it remains snowbound for most of the year.

He says locals believe that Lord Ram and his wife Sita, during their exile, stayed in the “Ram Harr” up in the mountain, before Sita was abducted by the Lankan King Ravana. Abdul Rasheed Lone says recently some State government officials visited them on Diwali when they lit up candles at the site of Sitanaag.

He admits the village hasn’t celebrated its legacy and peculiarity since the eruption of militancy in Kashmir three decades ago.

Pointing to the freshwater spring called Sita Naag (Naag is a Water spring in the Kashmiri language), Ghulam Mohammad Sheikh, the caretaker says that Sita took bath in it. Also, he and others believe, Sita was abducted from near the Naag.

There is a big rock on the side of the Sita Naag and the caretaker Ghulam Mohammad Sheikh says Lord Ram had “thrown a pebble” towards the spring site and water came out.

On the festival of Diwali – October 24 he says the villagers lit up the spring site with burning candles.

He said he was happy to pay for the candles that people lighted on the peripheries of “Sita Naag”. “It was full of lights for more than four hours from 6 p.m to 10 p.m on Diwali”, he recalled.

“The occasion was like we celebrate Eid”, Ghulam Mohamad said. He says “members of the Pandit community are like our brothers”, who would visit the site on such occasions earlier. I have good memories of my childhood when Pandits visited the place,” he recalls.

The “Sita Naag” also happens to be the only source of drinking water for Sitaharan and neighbouring villages. “I supply drinking water from this spring to 15 villages throughout the year”, Sheikh said. He said while many water bodies dried up in winter, Sita Naag was a perennial source of potable water for the area.

The villagers have asked the government to develop the site and proposed a park and fencing around Sita Naag and an all-weather road to the village from the main highway.

“We have come to know About the story of Ramayana and its link to our village from our elders. Of course, there is no written record,” said Ghulam Mohiuddin Sheikh, a local. He said that many Kashmiri Pandits had been visiting the site after their exodus due to militancy. There is not a single Hindu household in the region.

“Whenever anyone (Hindus) outside the valley comes to know about it, they come to visit the site here”, he added.

The J&K Government officials said that the area has historic importance and the authorities are developing it as a tourist area. The site of “Sita Naag” is only 13 km short of Tosamaidan meadow, which is being developed as a major tourist spot after the Army gave it its possession for use as a firing range eight years ago.