Rashid Malik, father of cricket Umran Malik, being taken around in a celebratory procession in Jammu

“I am overwhelmed to see the support and love my baccha (child) has been receiving from the people of Jammu and all over India; I pray that these blessings continue and he works harder and brings glory to his country,” says Rashid Malik, father of Umran Malik, who is busy receiving visitors – known and unknown to him – coming to congratulate the family for their son making it to the Indian squad.

Outside his house “Malik Manzil” in Narwal, on Jammu’s outskirts, a large number of enthusiastic youngsters can be seen hanging out to catch a glimpse of Umran bhai. Umran does come out periodically and poses for selfies with his young fans. In between the dapper Umran appears on the balcony of the first floor of his house, waves and the mob, and coyly smiles and waves at those hanging around to catch a glimpse of the newest rising star of the Indian cricket. 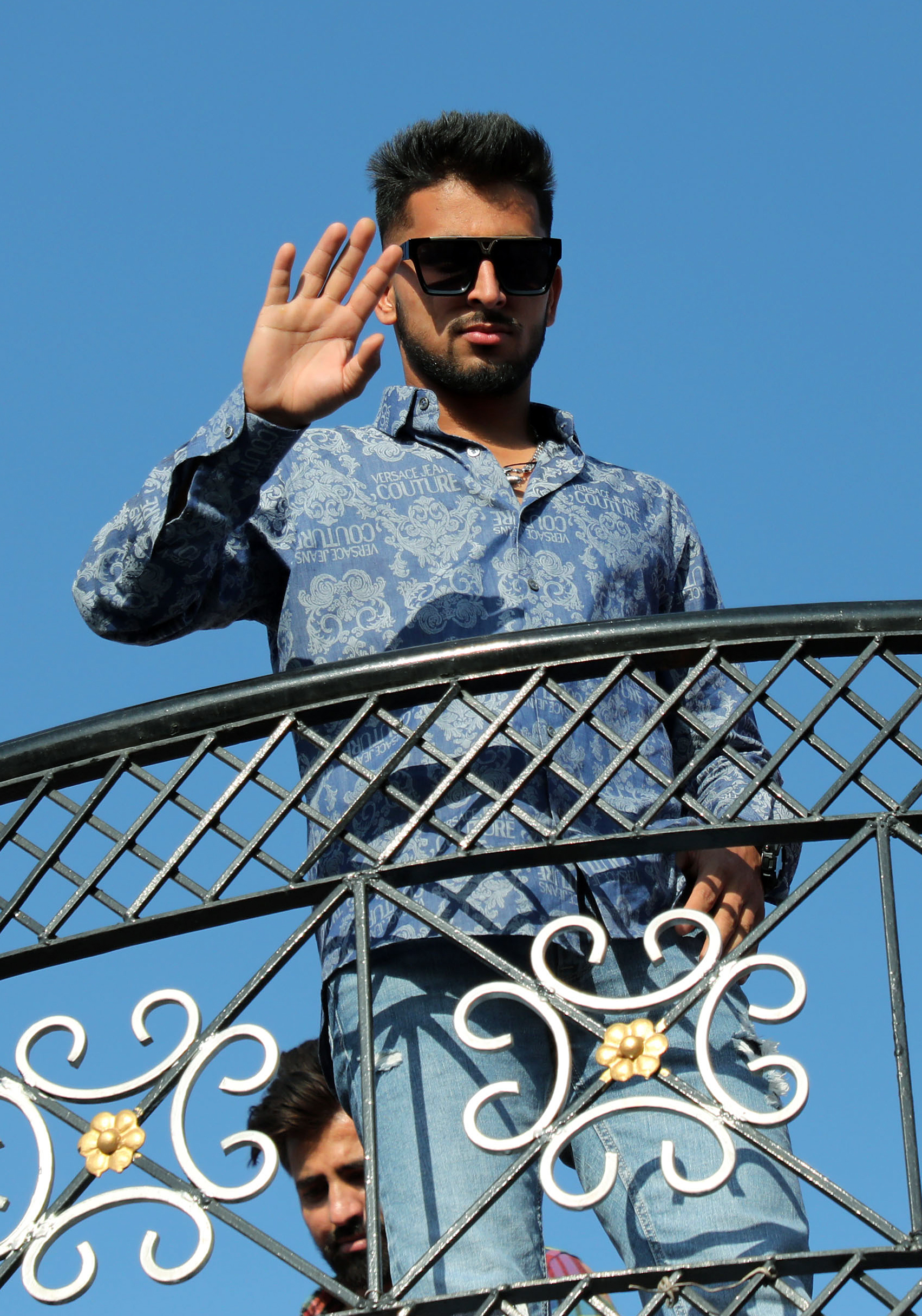 Umran Malik waving at the mob outside his house in Jammu

Following his selection to the Indian team for the South Africa tour beginning June 5, Umran is advised not to speak to the media and therefore, his father Rashid Malik, 55, has become the one-point contact person for all the media persons.

Umran Malik was raised as the darling in a middle-class Muslim family of Jammu’s Gujjar Nagar. “He was the darling of his grandparents, uncles, and everyone. Even today his Mama (mother) would leave no stone unturned to see her son happy,” Rashid Malik told Awaz-the voice on phone from Jammu.

“I saw to it that he gets everything in life in pursuit of his passion for cricket. It was my responsibility to see that he doesn’t live with a sense of deprivation,” Rashid Malik said. 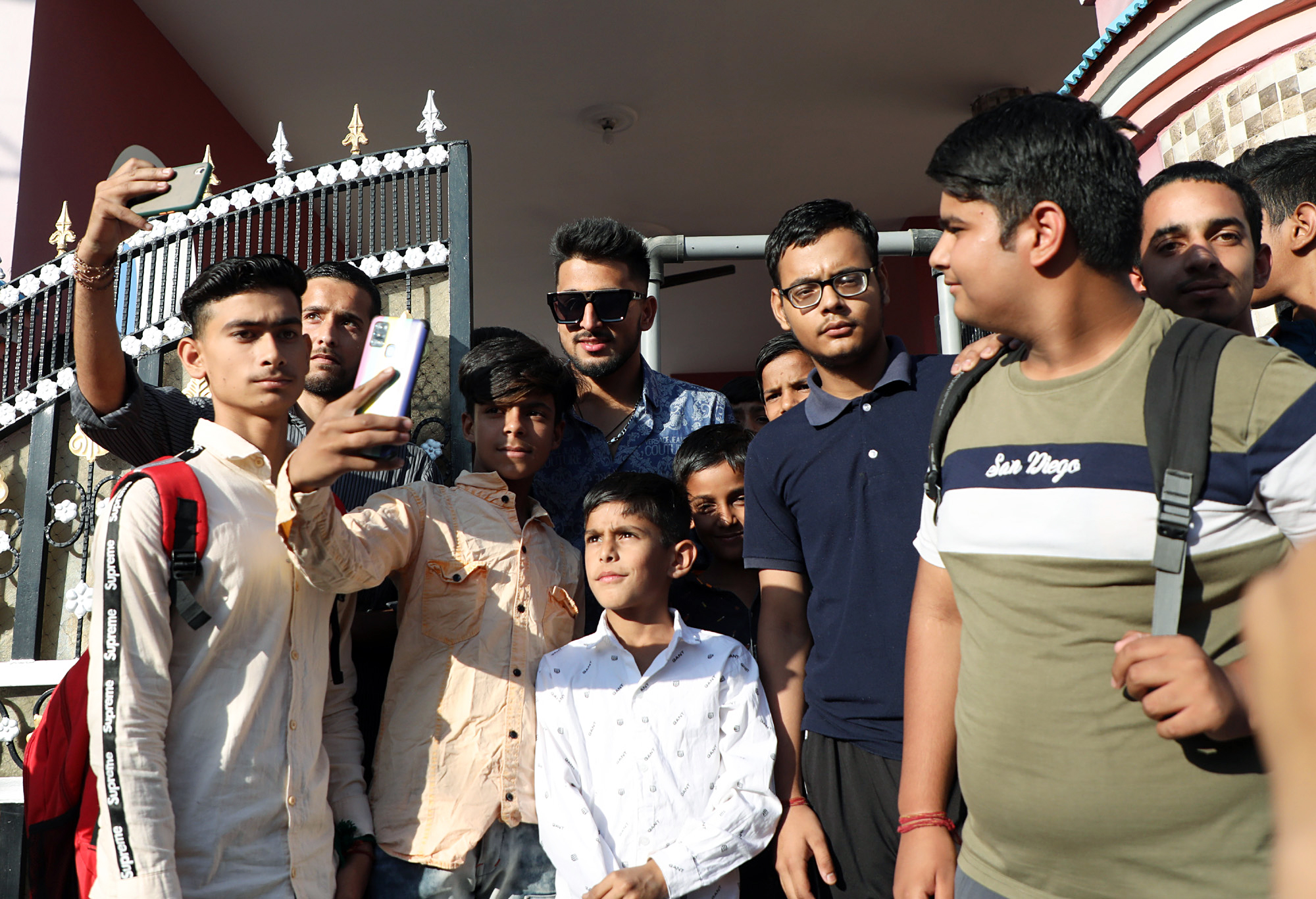 “It’s hard for me to describe my happiness,” said Rashid, 55, who has not attended his shop in Shahidi Chowk, since ‘the great news” poured in and changed their lives. As such, Umran had shown his talent in the ongoing IPL where he was spotted as the fastest bowler in India.

“I have been receiving visitors – friends, family, and everyone and have no time for work,” he said.“We are simple and grounded people and therefore when Lt Governor Manoj Sinhaji visited our house to meet our child (Umran Malik), I can’t tell you how grateful we felt,” he said.

Sinha spent time with the family on Tuesday evening and told them that his government would meet all expenses for training Umran. He also told the local media that in case Umran wishes, he would be provided with a government job in the future. 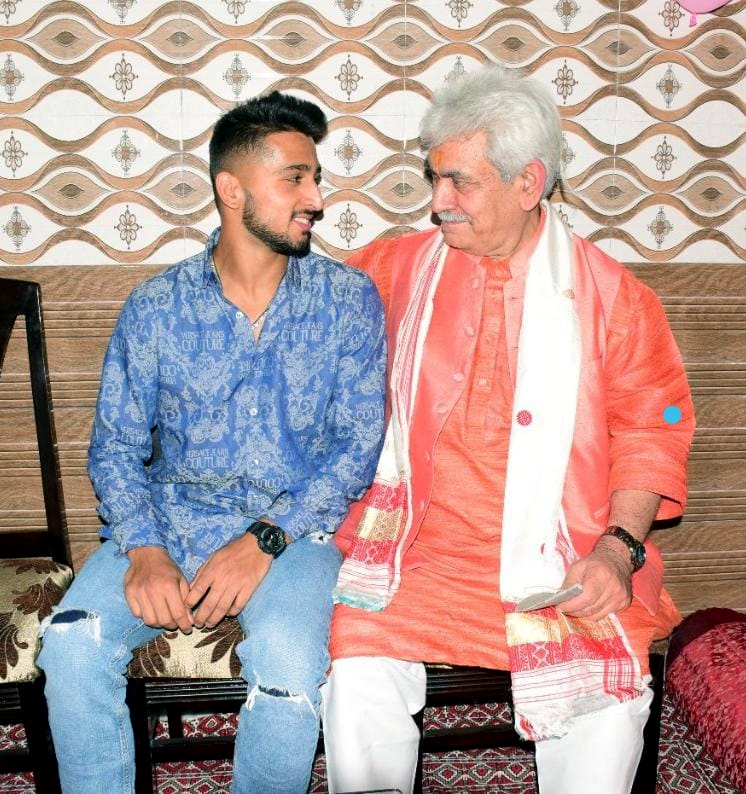 Rashid and his wife Seema Bibi have raised their two daughters – Shehnaz and Saima and the youngest child Umran - with a lot of affection. He studied in a local private school and had shown his interest and passion in cricket when he was a child. Siama is married while Shehnaz is a post-graduate looking out for a job.

Rashid inherited the fruit shop at Shahidi Chowk from his father and continues to support the family from it. Two years ago, he built a house in Narwal and the family shifted there.

The family speaks Dogri while Umran follows the language but speaks in Hindustani to his family. Umran Malik with his father at their fruit shop

Rashid says Umran is a simple boy with no demands. “He is home and has not made any special request to his mother for food; he would eat whatever is served to him.” Umran has come home for four days to spend time with family before he leaves for South Africa in the first week of June.

Umran has picked up 21 wickets in 13 games for Sunrisers Hyderabad in the IPL but he can bowl consistently at 95 miles per hour that have caught the imagination of all and sundry with calls for his immediate selection in top-flight cricket.