Over the past few years, Zari or Tilla Doozi embroidery on women’s garments has become a trend to the extent that it’s now a fashion statement. This is all because of the art of tilla embroidery by artisans who carry this work as part of their tradition and legacy.

Mohammad Shafi Mir has been creating patterns with a needle and golden thread on garments like OPheren, kurta, shawls, and sarees, for over five decades. He has set up his unit near the shrine of Shah-e-Hamadan or Khanqah-e-Moalla, downtown Srinagar. “It is a laborious work where you needle your way to success,” he says.

“The value of art is known by those who realize the hard labour that goes into it,” he adds. Tilla Doozi or Zari embroidery is done with fine needles. Zari thread of gold or silver is wound around the needle and finally stitched with a fine matching thread to the fabric in a pattern,” he explains.

In another nearby shop on the road that connects the old city with the central Lal Chowk, Abdul Rashid sits quietly selling a soap that sustains Namdhasazi, Kashmir’s felted wool floor coverings. He has been in this trade for three decades,

Abdul Rashid, 60-year-old soap maker sustains the dying craft of namdhasaazi which is impossible to sustain without his special soap. He has leaned the art of making this soap from his ancestors and has perfectly formulated soap which is used mainly for making and processing Namdha, a local woolen-cotton rug. 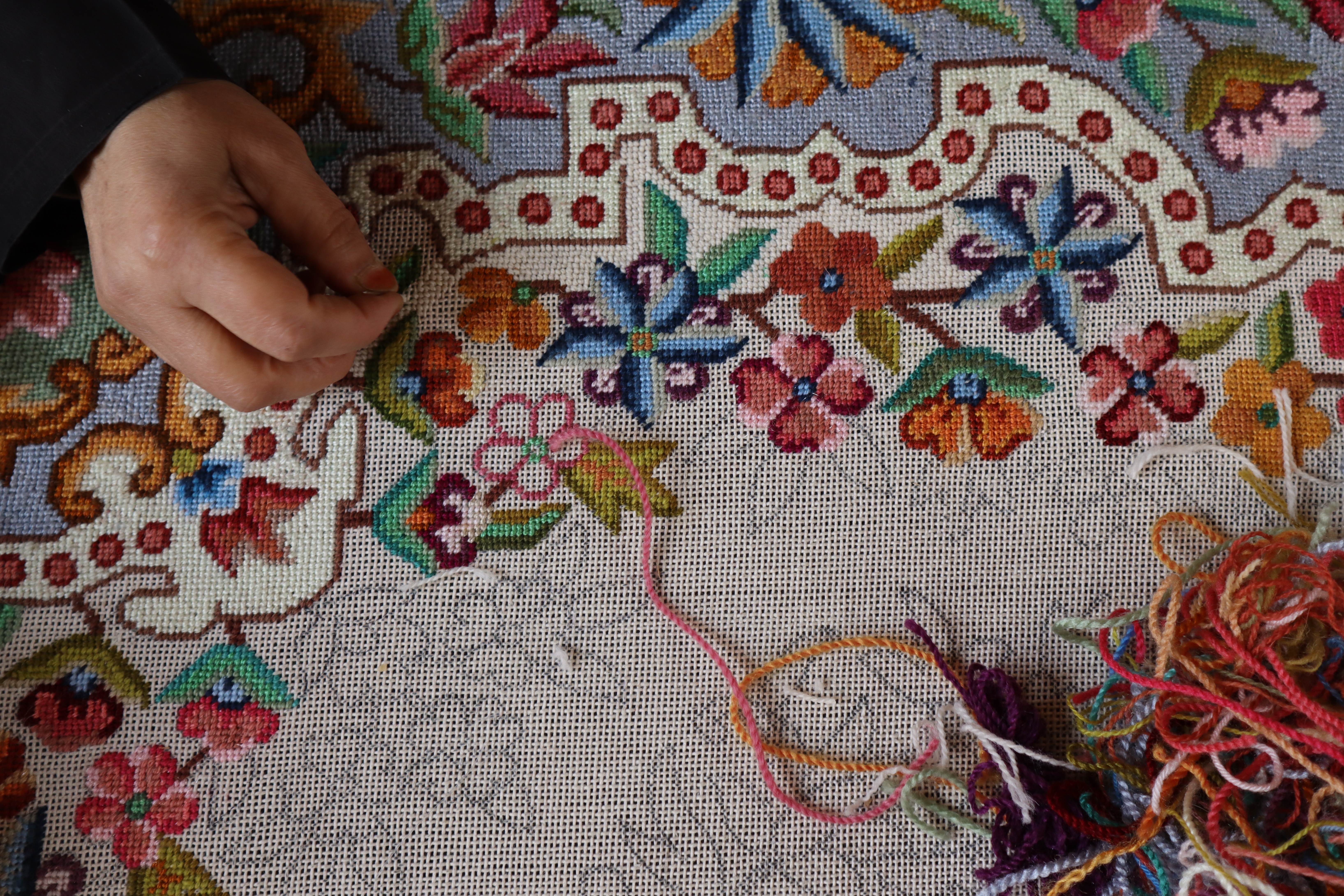 People, especially namdhasaaz from across the valley come to him for this essential ingredient for their Namdha making. His soap is authentic and unadulterated. It is gentle on the fabric, say the officials of J&K Government’s Department of Handicrafts and Handlooms.

The two places of artisan’s works were part of the Srinagar Craft Safari organized by the Handicrafts and Handloom Department that visited six such units last month. The visitors passed through the lanes of Khanqah of Shah-e-Hamdan, 14th-century shrine constructed in memory of Mir Sayed Ali Hamdani, who not only came from Iran to preach Islam in Kashmir but also brought in knowledge and artisans to introduce various arts and crafts n the Valley six centuries ago.

These handicrafts are an integral part of life in the downtown area of Srinagar city. The Khanqah area offers a highend collection of arts and crafts, both decorative and utilitarian.In the seventh edition of Craft Safari officers from the Handicrafts and Handloom Department, intellectuals, academic scholars, journalists, tour operators, and others participated.


This practice was initiated on December 11 last year that was followed by four weekly tours. Three other trips were organized one each in February, March, and April. Earlier the trips were organized from Safakadal, Eidgah, Zadibal, Nowshehra, Rainawari, and Kathidarwaza areas in the city.

“We have started this Craft Safari, after Srinagar is included as UNESCO’s Creative City, to enable people visiting from around the world directly meet the artisans and craft persons and purchase genuine handicraft items from them. The people from outside will also be able to appreciate the amount of creativity and hard work involved in manufacturing these handicraft items”, said Mahmood Ahmad Shah, Director of Handicrafts and Handlooms, Kashmir. 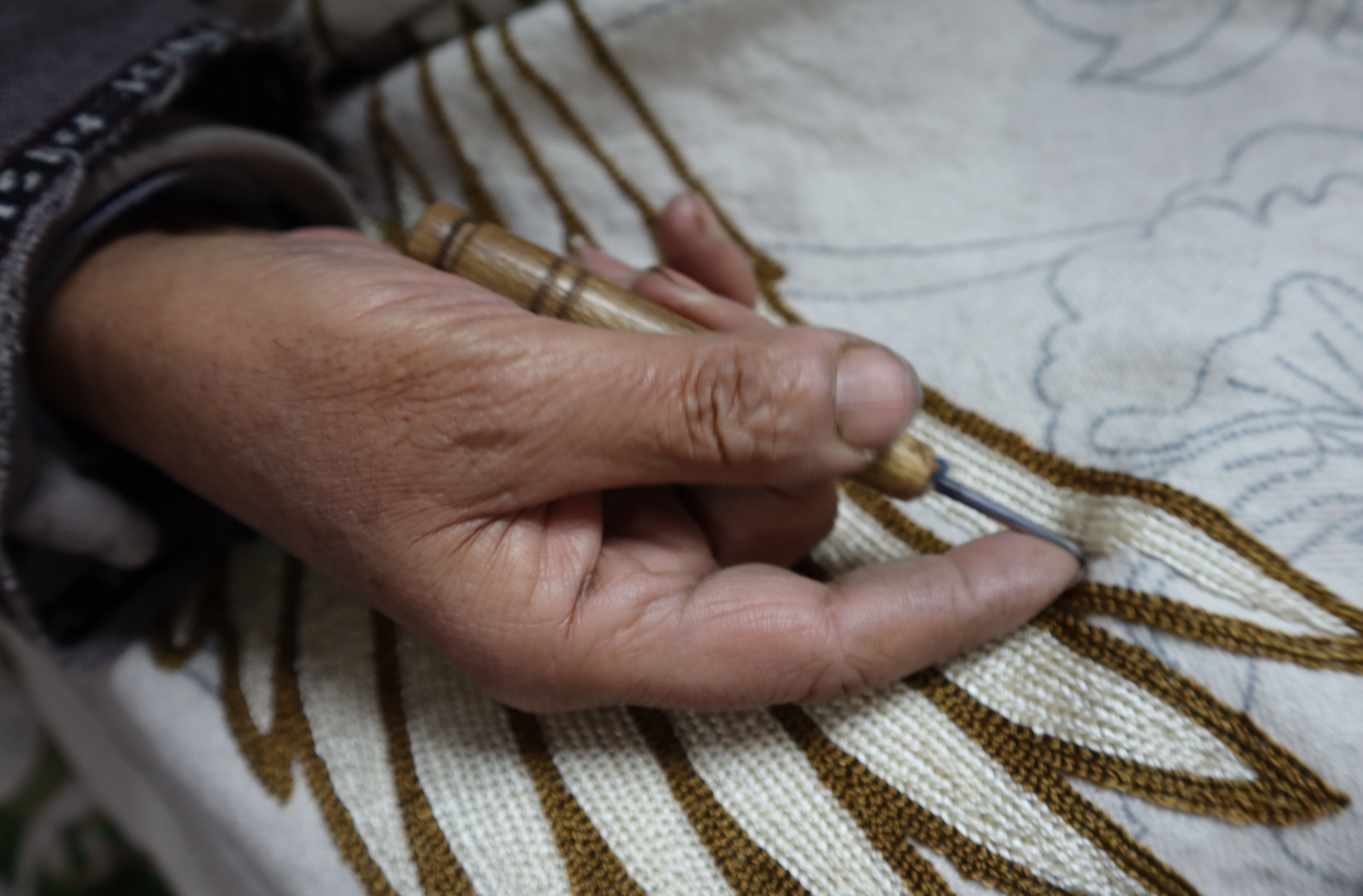 Srinagar was on November 8, 2021, included in the UNESCO Creative City Network (UCCN) in craft and folk art gallery. It has become the only second city in this category from India after Jaipur, and also became the only city from India in the list of 2021. The United Nations Educational, Scientific, and Cultural Organization (UNESCO) has picked up Srinagar among 49 cities around the world as part of the creative city network under the Crafts and Folk Arts category.

Srinagar is a vibrant patchwork of handmade wonders. “The rich legacy and heritage rendered in myriad arts and crafts are preserved by generations of skilled crafts-persons and artisans”, which are mostly centered in the craft wonders from the heart of the old city known as “Sheher-e-Khaas” or downtown.

“This is a good initiative to create awareness and promote the handicraft items of Kashmir. It will also lead to a new identity to tourism in Kashmir, in addition to the valley’s scenic beauty,” said Dr. Shahnawaz from the Tourism Department of The University of Kashmir.