Implications of Delhi declaration on Afghanistan It’s pertinent to state that the Delhi round of the consultations was different in two respects from the earlier deliberations held under the aegis of 'Heart of Asia' and 'Moscow format.' First, in these the foreign ministers of the countries were involved, the regional security discourse is led by the National Security Advisers of the countries.

Diplomats have no or relatively secondary participation in the Delhi meet. Second, while the Heart of Asia has 15 member countries those in the Regional Security Consultation are not fixed. Four countries participated in 2018, five in 2019, and this year it turned out to be eight.

China and Pakistan were also invited for all three. Pakistan’s condition that India should not be invited was spurned by the host Iran.

This time, Pakistan spurned India’s invite and called Delhi an "obstacle in the path of peace." China seemed to be on the side of Pakistan though it excused itself from the Delhi meeting on the reason of preoccupation. However, this only exposed China and Pakistan’s inherent bitterness against India.

However, the Delhi meeting of eight countries successfully discussed the security and other developments in Afghanistan. While Iran stressed the need for an inclusive government in the crisis-stricken Afghanistan, countries in Central Asia were concerned about the growing terrorism there.

Russia called for this dialogue to complement by not duplicating the 'Russian format'. All countries believed that an inclusive government in Afghanistan was inevitable. Concrete steps should be taken against the growth and export of terrorism there.

Of the 12 points in the final declaration of the Delhi meeting are - firm support for making Afghanistan a peaceful, secure, and stable country that respects sovereignty, territorial integrity and has no external interference in its internal affairs or harbours terrorism, It's training; commitment to jointly fight terrorism, extremism and drug abuse in financing or planning Afghanistan's land use, protection of the fundamental rights of women and children, prompt humanitarian assistance to Afghan citizens in an unhindered, direct and secure manner. The countries also wanted to reach help to Kabul for the prevention of the Covid epidemic.


It’s interesting to note that in this statement there was no talk of recognizing Afghanistan or a timeline for its recognition. This amounts to open support of India's policies, especially when it was feared that Russia might be considering recognizing the Taliban regime.

Especially for India, there are three more beneficial things in this statement - the need for cooperation, the commitment of all involved countries to fight against terrorism and extremism, and inclusive and representative government in Afghanistan, which we have been demanding since the beginning.

The third and urgently important point is uninterrupted and secure humanitarian aid to Afghan citizens! As of now, India's decision to send 50,000 tonnes of food grains to Afghanistan by land route has not been implemented. Pakistan has so far remained silent on India's request to allow this aid to pass through its territory. It is hoped that this point of the joint statement will put pressure on Pakistan to allow this aid material to pass freely and directly.

Another setback that Pakistan may face after the Delhi declaration is the strong opposition to external interference in Afghanistan's internal affairs. This directly points to not only diplomatic, but also military, economic, and political interference.

Against international law, Pakistan not only sent its army to suppress the Taliban's opponents in the Panjshir Valley, but it also went against the established international standards of non-intervention. In this case, the head of Pakistan's ISI, Lieutenant General Faiz Hamid was spotted in Kabul before the government formation by the Taliban. Perhaps, he has already paid the price by be being shifted out of ISI.

All the countries of Central Asia and Russia were unanimous on terrorism; its propaganda and financing and all this strengthens India's stand. Russia will never want these countries, known as its soft underbelly, to be affected in any way by terrorism. Russia knows Islamic insurgencies in these countries can trigger its Chechnya problem.

India has to make use of Russia’s weak point. Shia Iran is and will always be suspicious of the hardliner Sunni Taliban. This can bring us closer to Iran and also soften America's attitude towards Iran that helping India’s economy.

What is the way forward from here? As of now, Pakistan has announced a quadrilateral security dialogue with America, Russia, and China in Islamabad, but it seems it will not get anything beyond pledges of humanitarian aid for Afghanistan.

However, it remains to be seen how serious are the countries involved in the Delhi talks about their commitments? If they persist in waging a campaign against terrorism, extremism, and drugs, then Delhi discourse will prove to be a milestone in the direction of eradicating these evils from the world. 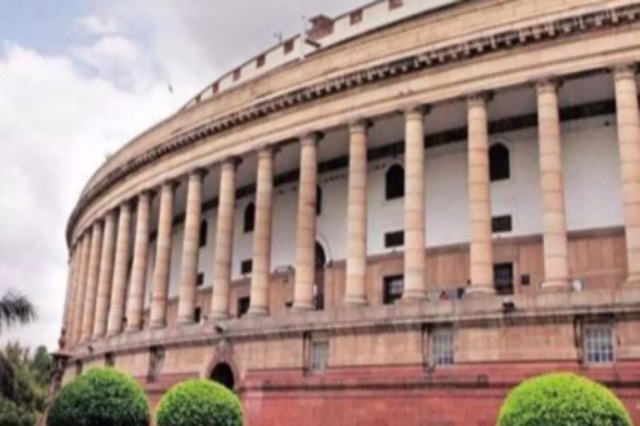