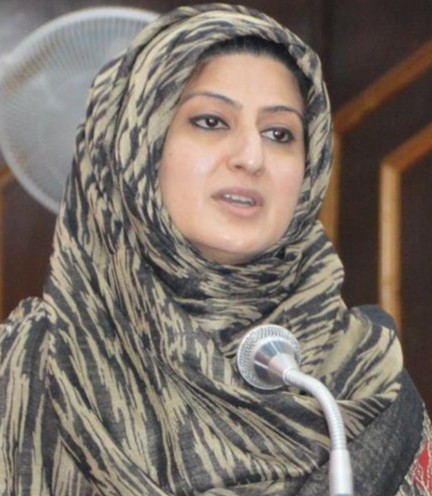 Who is a victim in a pandemic? While the obvious answer is those who fallen ill or died of it the reality is different Millions rendered jobless, the millions rendered homeless, and millions confined to their homes, who suffered physical and mental violence are all equal, if not direct, victims of the pandemic.

As a woman, I am pained by the sufferings of fellow women, globally and especially in my country, in the wake of the SARS-COVID19-induced pandemic and lockdowns.

Not only women who stay at home, but those who go out and work have suffered. As per the Periodic Labour Force Survey, “The rise in the female labour force participation is also problematic. Under normal circumstances, considering the low rates of female labour force participation in India — for women aged 15 and above it stood at 24.5 percent in 2018-19 — a rise in participation would be a positive development. However, much of the increase observed in 2019-20 was in the form of unpaid family work. In fact, according to the survey, the employment rate for unpaid workers in household enterprises in rural and urban areas increased to 15.9 percent in 2019-20, from 13.3 percent in 2018-19. In the case of female workers, it increased from 30.9 to 35 percent over the period. This, as some economists have said, is indicative of rising underemployment.”

In India, the situation is no better. We do not even have functional VAWG helplines. An article published by the National Centre for Biotechnology Information (Krishnakumar and Verma) states, “National Commission for Women’s (NCW) data showed that domestic violence complaints doubled after the nationwide lockdown was imposed in India.” Tamil Nadu Police reported an increase in domestic violence complaints. They received approximately 25 calls every day during the lockdown period and registered at least 40 such cases. Similarly, Bangalore Police reported a spike in complaints from 10 calls to 25 calls daily from the victims of domestic violence. The data from different sources indicates that domestic violence incidents increased across the country during the lockdown.


On the contrary, NGOs like Jagori, Shakti Shalini, and AKS Foundation reported a decrease in complaint calls related to domestic violence. The decrease could be attributed to confinement at home, constant monitoring and controlling decision-making by the abuser, social isolation of victims from friends and family members, and reduced options for support.

Now with the threat of a third wave is not over, women are likely to again bear the entire brunt of it physically, emotionally, and economically. Where does healing begin? Is there a national-level framework that can create anticipatory policies to safeguard women?

A beginning should be made within the communities. Islamic thought leaders and Hindu thought leaders should acknowledge the crisis facing women and offer social advisories in public. At a national level, the National Commission for Women should start district-level helplines coordinating with the local police in every state. Police stations should be sensitized and staffed with sensitive tele-constables who can lodge complaints through telephones.

Several governments have started telemedicine facilities; they can start tele-counseling for marital discords which eventually lead to instances of violence. There should also be political platforms to address these issues. While it is heartening to see political parties stepping on the bandwagon to feed the hungry, hospitalize the sick, or reach medicines to those who need them, very few of these parties come forward to help those women who suffer in crises like the COVID pandemic. Women voters play a key role in elections and their voting patterns are judiciously analysed by psephologists who probably wouldn’t blink when the same woman faces abuse, stuck inside her home, jobless and hungry.

Patriarchy is an economic condition. It comes from male ownership of property and the treating of women as economic assets or liabilities. Islam acknowledges that even women have a right to their earnings and the Surah-an-Nisa is unequivocal about it. Capitalist societies treat individuals as mere workers; it has no social mechanism to sustain the lives of those workers beyond their wages. Their attitude is to let the market forces determine the plight of all. Yet, no other economic mechanism has worked for human beings for a longer-term (feudalism or unmitigated socialism have both failed). So, modern capitalist societies create fragile human communities. The families, the communities, and even the individual is vulnerable to any change in the economic or physical environment. Domestic violence, unjust wages, and gender discrimination all point towards such vulnerability. There is, therefore, an urgent need to recall the prophetic words of our wise leaders of the past—words which took men and women to shores where the wealth of nations was meager and sublime happiness was manifest.