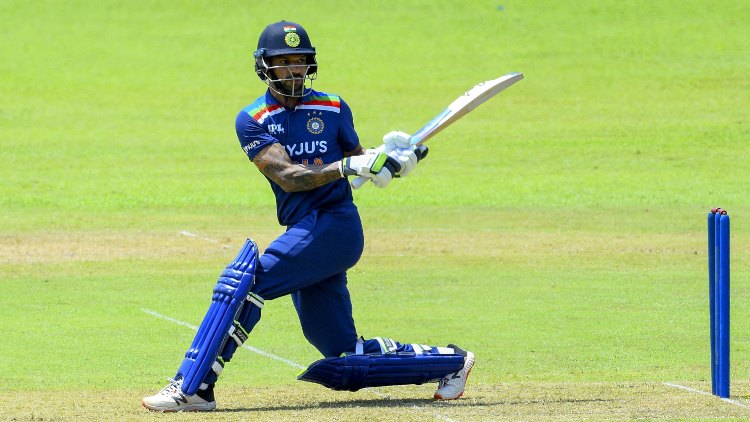 Former India batsman VVS Laxman said he would go with two pace bowlers and two spinners in the One-day International series India will play against Sri Lanka beginning July 13 in Colombo.
The Shikhar Dhawan-led 20-member Indian squad is in the island nation to play three ODIs and an equal number of T20Is beginning July 21.

A productive day in the field for #TeamIndia during their T20 intra squad game in Colombo 👌 👌#SLvIND pic.twitter.com/YLbUYyTAkf

"I will have two fast bowlers in Bhuvneshwar Kumar and Deepak Chahar and two spinners will be Kuldeep Yadav and Yuzvendra Chahal," said Laxman in a discussion on Star Sports on Monday.
Laxman said that India should open with skipper Dhawan and Prithvi Shaw, while Suryakumar Yadav should be the No.3 batsman.
"Well it's a very detailed squad, a 20-man squad. But I will go with Shikhar Dhawan, Prithvi Shaw, the No.3 batsman would be Suryakumar Yadav. At No.4 will be Sanju Samson in ODIs, No.5 will be Manish Pandey, at No.6, I will go with Hardik Pandya, No.7 Krunal Pandya," opined Laxman.
Several other names, such as Ruturaj Gaikwad, Devdutt Padikkal, Nitish Rana and Ishan Kishan didn't find a place in Laxman's playing XI, though former all-rounder Irfan Pathan said he would pick Rana ahead of Krunal Pandya.
"Only one change I would like, Hardik Pandya is bowling, so I will have him as an all-rounder, one more batsman I will add -- Nitish Rana in place of Krunal. Apart from that same, because I will like to see Hardik Pandya bowl quite a few number of overs," said Pathan.