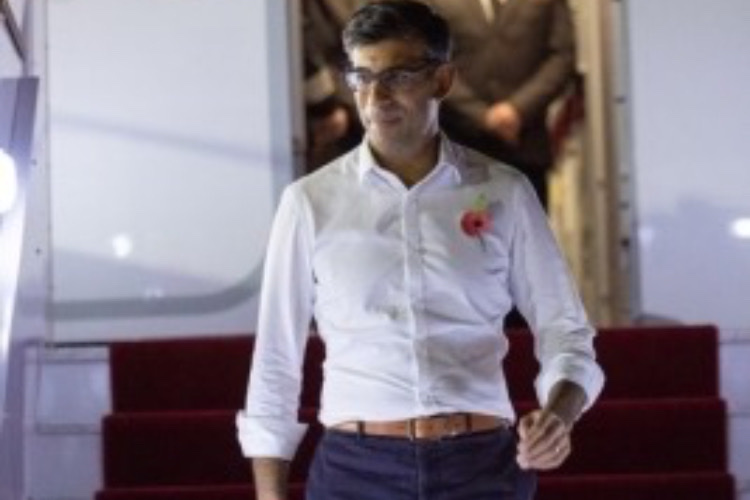 In his first international appearance since taking office, UK Prime Minister Rishi Sunak said that "climate security goes hand in hand with energy security" and that the ongoing war in Ukraine and rising energy prices are reasons to act faster to tackle climate change.

He made the remarks on Monday while addressing the 27th session of the Conference of Parties (COP27) to the UN Framework Convention on Climate Change in Egypt's coastal city of Sharm El-Sheikh.

"Climate security goes hand in hand with energy security. (Russian President Vladimir) Putin's abhorrent war in Ukraine and rising energy prices across the world are not a reason to go slow on climate change... They are a reason to act faster," he said.

"Diversifying our energy supplies by investing in renewables is precisely the way to insure ourselves against the risks of energy dependency."

The Prime Minister further said that when the UK began it COP Presidency, "just one third of the global economy was signed up to net zero... Today it's 90 per cent".

"And for our part, the UK which was the first major economy in the world to legislate for net zero will fulfil our ambitious commitment to reduce emissions by at least 68 per cent by 2030," Sunak said.

Leaders from 120 countries are meeting in Sharm El-Sheikh to discuss next steps in curbing climate change. Key topics are compensation and support for the most-affected countries, the BBC reported. Former UK Prime Minister Boris Johnson, who is also in attendance, said countries should not "go weak and wobbly" on climate action.

In their addresses, world leaders urged rich countries to stay the course in stopping further climate change, despite the war in Ukraine and global financial problems. While UN Secretary-General Antonio Guterres "we are on a highway to climate hell with our foot on the accelerator", former US Vice President Al Gore said nations must "stop subsiding the culture of death" of fossil fuels.

French President Emmanuel Macron urged world leaders to deliver climate justice. COP27 opened on Sunday with a warning from the UN that our planet is "sending a distress signal".