Erdogan pushes limit with US, NATO 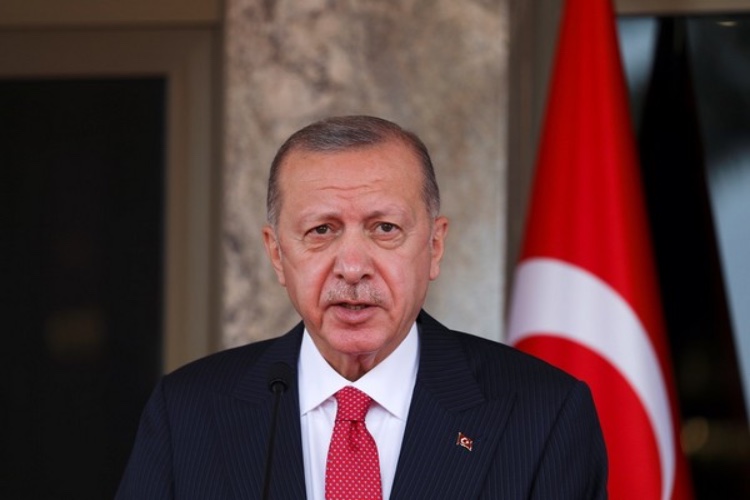 Turkey's President Recep Tayyip Erdogan has recently been pushing the limit with his US and NATO allies in the war in Ukraine, while at the same time, due to the dire economic situation facing Turkey, he is trying to mend relations with oil-rich former adversaries like Saudi Arabia and the United Arab Emirates.

In the war between Russia and Ukraine, as Turkey maintains good relations with both countries, Erdogan is trying a delicate balancing act. On the one hand, he strongly criticized Moscow's invasion but refrained from implementing the sanctions imposed by most Western countries, claiming that he opposes sanctions on principle.

Ukrainian Foreign Minister Dmytro Kuleba called on Turkey to be a "guarantor" in any future agreement with Russia, along with the United Nations Security Council's five permanent members which include Russia and Germany. Russia may accept Turkey as a mediator, but at the same time is angry because Turkey has supplied its drones to the Kyiv government, which helped Ukrainian resistance to the Russian invasion and reportedly played a decisive role by providing precise targeting information to the Ukrainian Neptune missiles that sank the "Moskva", the flagship of Russia's Black Sea Fleet.

So, Ankara has good reasons to fear the wrath of Moscow. Soner Cagaptay, of the Washington Institute, points out: "Turkey fears a Russian defeat only slightly less than it fears a Russian victory...If Putin has a list of countries he will punish for supporting Ukraine after the war, Turkey is close to the top of that list after the Baltic states, Poland, the United Kingdom, and the United States. Erdogan's ultimate goal is to avoid a showdown with Putin, who could use economic leverage or even cyber-attacks to derail the Turkish President's re-election prospects."

Ankara's mediation efforts and its offer to be one of the guarantors of an agreement between Ukraine and Russia have certainly improved its relations with Washington, that in recent years had been steadily deteriorating. The worsening of relations between the two countries was mainly due to the purchase by Turkey of the Russian S-400 missile system, for which last December the US imposed sanctions on the head of Turkey's military procurement agency Ismail Demir and other top officers.

But the crisis concerning the S-400, although put on the back burner due to the war in Ukraine, maybe far from over, as Ismail Demir said last Tuesday that Turkey was still talking with Russia about purchasing a second batch of S-400 despite the war in Ukraine. Demir also repeated Turkey's position that it wanted to maintain good relations with Moscow during its invasion of Ukraine. Although Erdogan has embarked in the past few months on "a charm offensive", trying to improve relations with European countries, and has scored some success in this respect, he suddenly makes some moves that destroy the whole effort. For example, Erdogan and Greek Prime Minister Kyriakos Mitsotakis had announced during their talks on March 13 that they decided to improve the relations between the two countries.

Despite this, on April 24, when Greek Orthodox people celebrated Easter day, Turkish F-16 fighters made 17 violations of Greek airspace. The violations continued on Easter Monday, while last Wednesday Turkish F-16 made 126 violations of Greek airspace. Another example is the case of Turkish philanthropist Osman Kavala, who was sentenced last week to life imprisonment, allegedly for trying to overthrow the government by financing the Gezi Park protests in 2013. Two years ago, the European Court of Human Rights decided that Kavala should be released immediately, but the Turkish Court ignored the decision. Now infringement proceedings will be initiated, which could end in Ankara's suspension from the Council of Europe.

On April 27, Germany summoned the Turkish Ambassador over the sentencing of Kavala and Ankara responded immediately by summoning the German Ambassador and reminding him of the principle of not meddling in internal affairs. Last October, Erdogan caused a major diplomatic row when he threatened to expel the ambassadors of the US, France, Germany and other seven European countries after they reiterated the need for Turkey to respect the ECHR ruling. As Turkey is passing through one of its worst economic crises in recent history, Erdogan who is facing a tough election next year is making feverish efforts to boost the faltering economy of his country, trying to improve economic relations with the oil-rich Gulf States, as well with Israel and Egypt.

Having succeeded to mend ties with the United Arab Emirates and securing a promise by Abu Dhabi to set up a USD 10 billion fund to support investments in Turkey, Erdogan on Thursday travelled to Saudi Arabia and had meetings with Saudi King Salman bin Abdulaziz Saud and Crown Prince Mohammed Bin Salman.

It should be noted that ties between Turkey and Saudi Arabia were strained after the killing of journalist Jamal Khashoggi in the Saudi consulate in Istanbul. Erdogan had accused the "highest levels" of the Saudi government of giving the orders but Ankara has since sharply softened its tone. Just three days before Erdogan's visit to Saudi Arabia, a Turkish prosecutor decided to transfer to the Kingdom the case of 26 Saudi suspects tried in absentia, removing in this way a thorn in the relations between the two countries. Speaking to reporters on his return from Riyadh, Erdogan said, "We agreed with Saudi Arabia to reactivate a great economic potential through organizations that will bring our investors together."