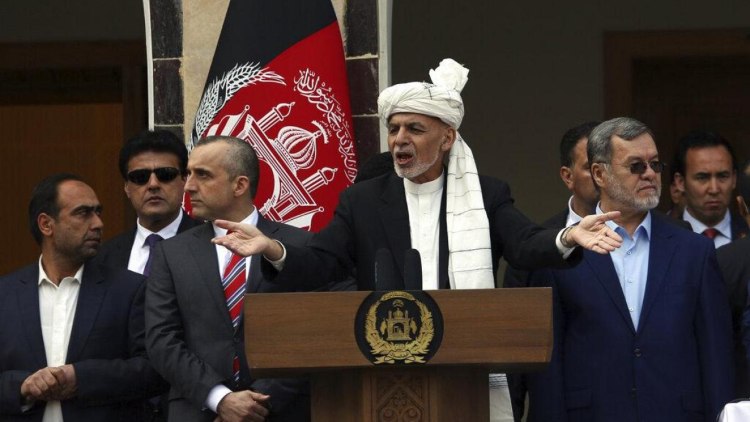 In a startling and bold statement, On July 16 Afghan President Ashraf Ghani made a blistering attack on Pakistan for having allowed 10,000 jehadi fighters to enter Afghanistan from Pakistan. His candid remarks came while addressing the audience of the Central and South Asia Connectivity conference at Tashkent. Most importantly, Prime Minister Imran Khan of Pakistan was also seated at close proximity when such hard-hitting comments against Pakistan came by. No wonder, it was also hugely embarrassing for Pakistan in front of a large knowledgeable gathering. The audience comprised among others representatives from as many as 40 countries including from Russia, China, Iran, US, UK, and India.

Pakistan, which stands terribly exposed by such a blatant statement, is finding it hard to recover from this expose. Pakistan suffered yet another moment of enormous embarrassment when only a couple of days back, the Afghanistan Ambassador’s daughter in Islamabad was abducted pro-Taliban suspects, tortured, interrogated, and then returned. This evoked strong protests by the Afghan Foreign Ministry as well as from the diplomatic corps based in Islamabad. This unsavoury incident shows that Pakistani security and intelligence agencies are either oblivious of the critical happenings around them or the religious extremists/ terrorists are having an edge over the Pakistani security apparatus.

According to the experts, however, such a daring act targeting an Ambassador’s daughter indicate considerable amount of complicity between the abductors and the security agencies. Or at least, this factor can’t be ruled out. It also means Pakistan’s support for the Afghan Taliban is a reality.

Reverting to Ghani’s scathing criticism of Prime Minister Imran Khan and Pakistan at the Tashkent conference, Ghani blamed Imran by elaborating that contrary to repeated assurances by him and his Generals that Pakistan doesn’t find a Taliban takeover in Afghanistan in its interest and will use its power and influence to talk to Taliban seriously. This looks like a hollowed claim as articulated by President Ghani.

Meanwhile, reacting to Ghani’s open charge and allegations, Imran Khan, on his part, in a feeble defence, expressed his disappointment on such outbursts. He went on to say that Pakistan was going to be most affected by the ongoing turbulence in Afghanistan and that’s why Pakistan went much out of its way to persuade the Taliban to the negotiating table. He also claimed 70,000 Pakistanis had died in the last five years.

However, his rebuttal on Ghani’s acerbic frontal attack fell on deaf ears of the audience present and thousands of other geo-political and security watchers around the globe. Imran, on expected lines, and with a bruised ego, brought India and Kashmir during his efforts of making counterclaims. Worse, his allegation that the Rashtriya Swayamsevak Sangha (RSS) was the roadblock in the process of Indo-Pak talks didn’t augur well with one and all and it was out of context too.

Soon after the conference, Ghani at a media meet asserted that the Taliban may be winning the battle but ultimately it's Afghanistan which is going to win the war. This was obviously to keep up the morale of the Afghan forces as Taliban as to be militarily outmatched to keep Afghanistan free from the religious extremists. Ghani was also frank in denying point blankedly that he had sought any military assistance from India. This message is loud and clear and things stand straightened that Afghanistan is acting independently contrary to the repeated charges by Pakistan about alleged Indian interference into Afghan affairs. This has elicited criticism too from many quarters. Touching upon India, Ghani also condoled the sad demise of Indian photojournalist, Danish Siddiqui at a bomb blast at the Spin Boldak Chaman crossing barely two days ago snuffing out the light from a young journalist.

As the security experts and Afghan watchers are intently watching the developments unfolding in Afghanistan particularly Ghani’s anti-Pakistan comments, some have gone to the extent of saying that Ghani’s public outburst against a foreign country was rare even when the world is aware of his mercurial reputation. It displays the desperation and frustration on part of the Afghanistan government for the clear negative role of Pakistan in supporting the Taliban terrorists. This apart, the US Forces will be out of the country in the near future. Any chances of a political settlement look slender. The current moments of President Ghani are most challenging. He doesn’t seem to be giving up under any circumstances at least for the time being. Any move to bare Pakistan on it’s malafides merits a chorus of criticism of Imran Khan and his government for shamelessly supporting a terror group and its wanton killings.

(Writer is a security analyst and a former National Security Advisor to the Prime Minister of Mauritius. Views are personal)