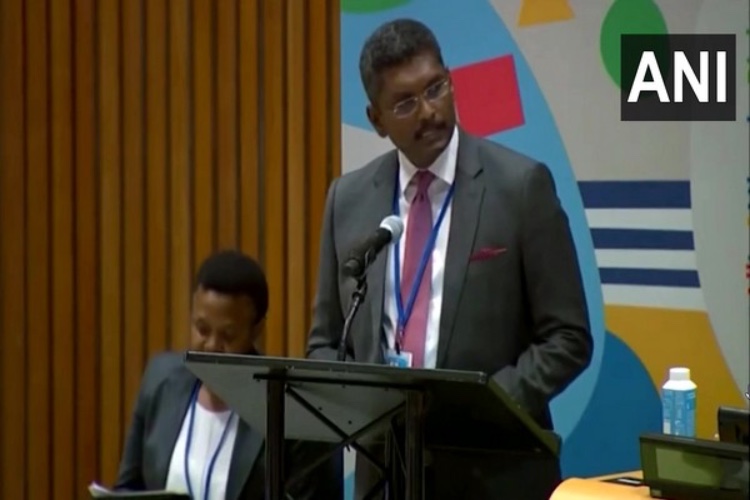 India's Joint Secretary of UNES (UN Economic and Social), Srinivas Gotru on Wednesday slammed Pakistan's Foreign Minister Bilawal Bhutto Zardari's remarks on minorities and the Kashmir issue and said that it is ironic that Islamabad who itself have "committed a grievous violation of minority rights," is speaking about the rights of minorities.

While speaking at the UN High-Level Meeting on the Rights of Minorities, an Indian diplomat said, "It is ironic that Pakistan is speaking about the rights of minorities. For a country that has even stopped publishing its data to hide its same shameful record, it is amazing that they have even brought up this subject. It has a long history of having committed a grievous violation of minority rights that the world has ever seen."

Gotru said that Pakistan continues to commit grave violations of the rights of Sikhs, Hindus, Christians, and Ahmadis. He also said that in Pakistan, 1000s of women and children, particularly girls from minority communities, have been subjected to abductions, forced marriages and convergence. "The entire Union Territories of Jammu and Kashmir and Ladakh were, our and will always be an integral and inalienable part of India, irrespective of what the representative of Pakistan believes or covets. We call on Pakistan to stop cross-border terrorism so that our citizens can exercise their right to life, and liberty. We hope that they will desist from attempts to abuse and politicize such meetings," he added.

Earlier, Pakistan's Foreign Minister at the UN made false claims that India is transforming into a Hindu supremacist state and raked the issue of Kashmir. According to International Forum for Rights and Security (IFFRAS), Pakistan is moving in an increasingly conservative Islamist direction, and the situation for Hindus, Christians and other religious minorities, especially that of women, has worsened.

The situation faced by the Hindu and Christian groups in Pakistan is bad in general, but women from these communities are the worst victims of discriminatory attitudes of the authorities, political groups, religious parties, the feudal structure and the Muslim majority.

Religious minority women and girls are abducted, forcibly converted, married and abused, and their families are unsuccessful in their attempts to challenge these crimes using legal avenues, reported IFFRAS.

While the abductions, forced conversions, forced marriages, the fate of religious minority women and girls is often sealed as the existing laws or handling of such cases through legal recourse is unavailable or ineffective.

Human rights groups have documented the plight of Pakistan's religious minorities for years, but it is only recently that these minorities have become the focus of popular discourse because of revelations on social media regarding their treatment, reported IFFRAS.