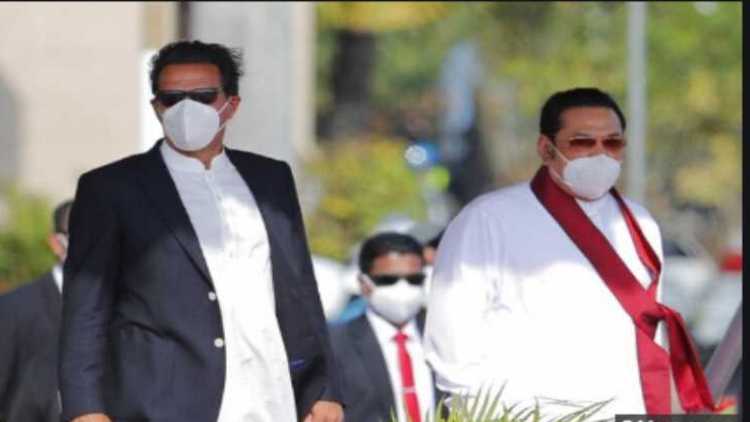 Sri Lanka’s government has reversed its COVID-19 time rule of mandatory cremation of all bodies to check the spread of the viral infection and allowed Muslims and Christians to again bury their dead.

As the move came a day after Pakistan’s Prime Minister’s two-day visit to Colombo, Imran Khan has taken credit for the changed rules.

Imran Khan took to Twitter to announce his appreciation of the Sri Lankan government’s decision.

Pakistan’s television channels claimed the decision was taken at the request of Khan.

Khan thanked Sri Lankan leadership and welcomed the government’s official notification which was gazetted Thursday allowing the option of burying the people who die due to COVID-19.

“I thank the Sri Lankan leadership & welcome the Sri Lankan govt’s official notification allowing the burial option for those dying of Covid 19,” he tweeted.

It seems Lankan Muslim delegations had met Khan and asked him to request the government to allow them to practice their religion while burying the dead.

Interestingly, a day after the visit, Colombo issued a notification allowing burial and cremation with a caveat that the burials will take place at designate cemeteries in view of the threat of COVID.

The Sri Lankan government had imposed a ban on the burial of the bodies to prevent contamination of the groundwater in the Corona phase. The move had hurt the religious sentiments of minorities for whom cremation of the body is against their religion.

The move grabbed headlines when the authorities forcibly snatched the coffin of a 1-0-year-old child and cremated him.

According to a report in the BBC, Lanka is beholden to Islamabad for the latter’s promise of supporting it in the UNHRC and other international bodies on its record of human rights, especially the missing Tamils in the war against the LTTE. China has already supported Lanka in the UNHRC on its inaction on the mission Tamilians.

Sri Lanka faces censure from the international community for its inability to punish the officers involved in the disappearances of thousands of Tamil civilians during its war against terrorism.