Medical aid from UK, US, UAE pours in 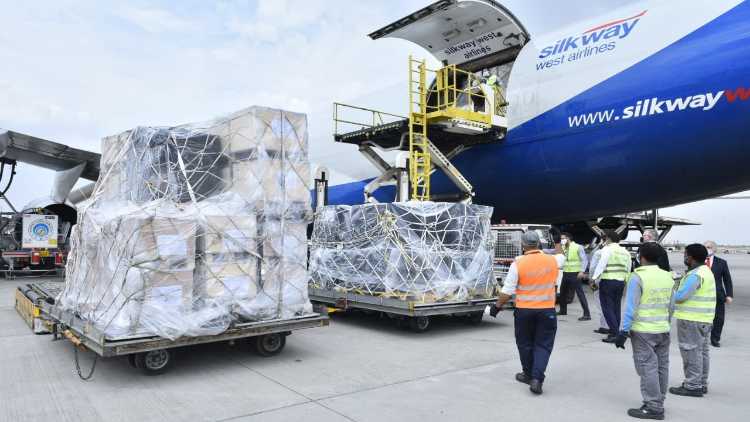 Amid the unprecedented rise in coronavirus cases in India, COVID-19 assistance, in form of oxygen concentrators, ventilators, and other medical aid continued to come from countries around the world at the beginning of May, as the infections in the country reached the grim mark of 20 million cases on Tuesday.

A total of seven ISO tankers with 20 MT Liquid Medical Oxygen (LMO) each arrived from United Arab Emirates (UAE) at Mundra Port in Gujarat today to help augment India's oxygen availability in the fight against the raging COVID-19 pandemic. The fifth in a series of consignments carrying 545 oxygen concentrators also arrived from the United States on Tuesday.

A shipment of 282 oxygen cylinders, 60 oxygen concentrators, ventilators and other medical supplies from Kuwait reached India on Tuesday to help the country fight the second wave of coronavirus.

Showcasing the potential of partnership to fight the pandemic. An IAF aircraft carrying 450 oxygen cylinders arrives in Chennai (India). Grateful to UK for the support. pic.twitter.com/fIR3n9vad1

Prior to this, the UK on Sunday announced that it will be sending additional 1,000 ventilators from the UK's surplus supply to Indian hospitals as part of its commitment to support India's fight against the second wave of coronavirus.