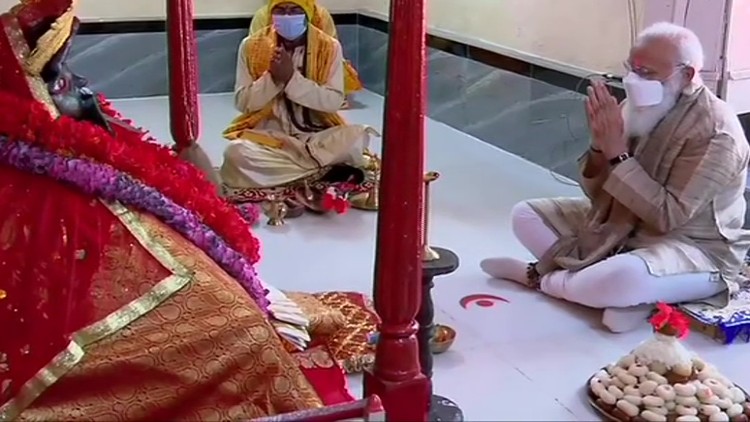 Dedicated to Goddess Kali, Jeshoreshwari Kali Temple is a famous Hindu temple located in Ishwaripur -- a village in Shyam Nagar, Upazila of Satkhira. It is one of the 51 Shakti Peeths, scattered across India and neighbouring countries.

He will also visit the Orkandi temple and the 'Mausoleum of Father of the Nation Bangabandhu Sheikh Mujibur Rahman' in Tungipara of Gopalganj district.

After his visit to the temples, Prime Minister Modi will hold talks with his Bangladeshi counterpart Sheikh Hasina and they are likely to sign few key pacts. Thereafter, he will call on Bangladesh President Abdul Hamid.

Prime Minister Modi arrived on Friday in Bangladesh on a two-day visit to the nation, his first tour to a foreign country since the COVID-19 outbreak last year. He was received by his Bangladeshi counterpart Sheikh Hasina at Hazrat Shahjalal International Airport in Dhaka.

Later in the evening, a rousing reception is being thrown by the Matua community in Bagladesh's Gopalgun in honour of Prime Minister Narendra Modi, who is scheduled to visit the shrine of their founder and a meeting with his family today.

The visit to the Orakandi templeis being seen in the backdrop of the ongoing Assembly elections in West Bengal, where BJP is tryng to throw TMC out of power.

The authorities have just finishing making a helipad close to the sacred shrine of Harichand, founder of the ‘Matua’ community, where Modi  is scheduled to pay a visit. He would interact with the family of Harichand, a reformist scheduled caste leader who was born in Orakandi in 1812.

Many Matua community members have migrated to West Bengal during the Partition and later following the anti-Hindu riots during  Khaleda Zia's regime in 2001-02.

Their estimated population is around three crore.

On the second day of his visit, Modi will pay obeisance at Sri Sri Harichand temple of Matua community as well as Hari temple of Guruchand at Orakandi Thakurbadi in Gopalganj.

President of Bangladesh Matua Maha Mission, Padmanabh Thakur said that Modi will also spend time with the family of Harichand Thakur, the founder of Matua community..

Security has been beefed up around Orakandi and a helipad is being prepared in front of Thakurbari. The Public Works Department has also built a rest house near Hari Mandir. The president of Kashiani Upazila Parishad and a descendant of the Thakur family, Subroto Thakur, said that the Matua community is eagerly awaiting the arrival of the Prime Minister of India.

According to Bangladeshi Newspapers, Modi will call on the Thakur family at the Nat Temple in the area and also offer prayers at the Harichand Temple. Hari Gosai, priest of the temple told media that the community was excited over Modi visiting them.

Officials of the Indian high Commission and local authorities have visited the site and inspected it.

Padmanav Thakur, the Matua leader, said, “We’re all set to receive him (Modi). In the meantime, we’ve held a number of meetings regarding his visit.” 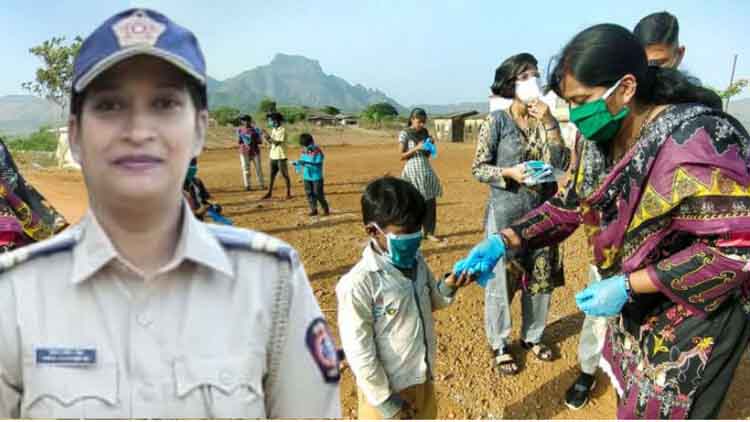 Why is Rehana called Mother Teresa of Mumbai Police? 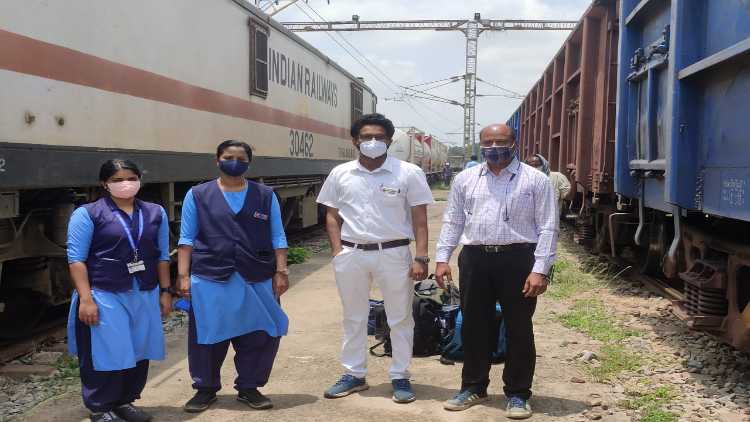 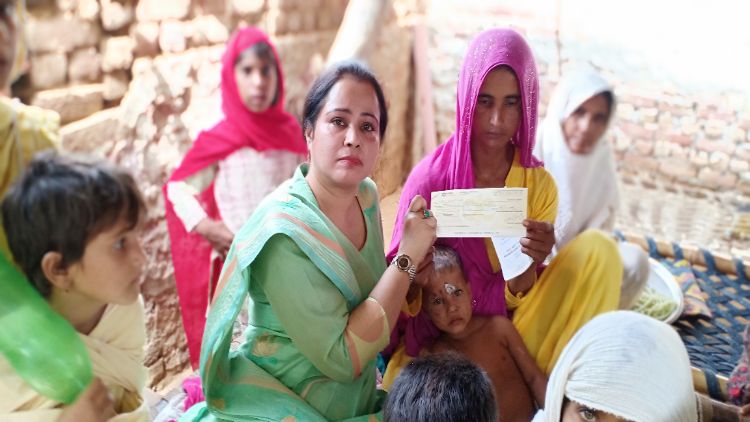 Ela Mishra to launch feed the hungry campaign during Ramzan 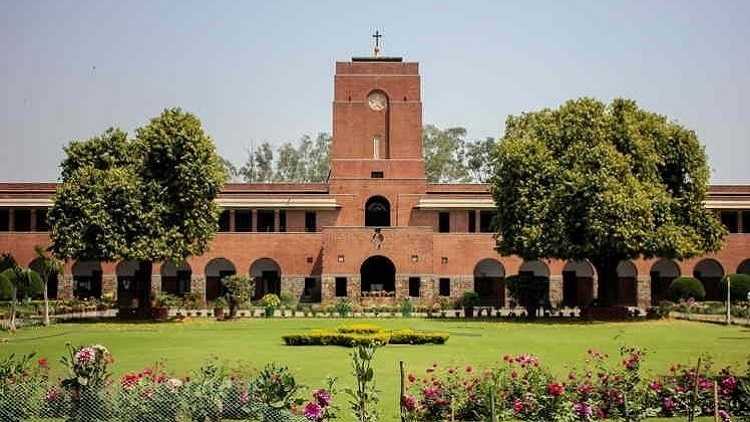